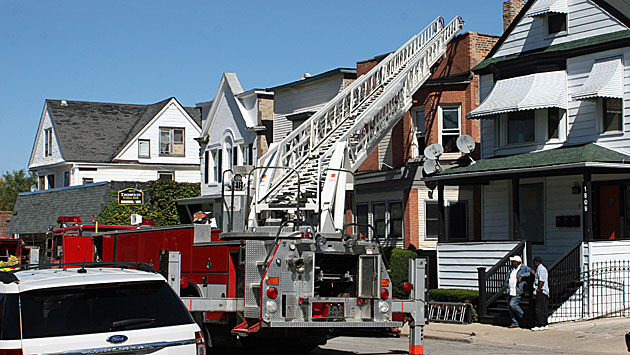 Traffic on Asbury Avenue between Emerson Street and Green Bay Road was blocked early this afternoon as firefighters tracked down the source of smoke in a small apartment building.

Evanston Fire Division Chief Dwight Hohl says the smoke was caused by short or other problem in the building's furnance, which had probably been turned on today for the first in months.

Several fire units from Evanston, and a tower truck from Wilmette, responded to the scene. 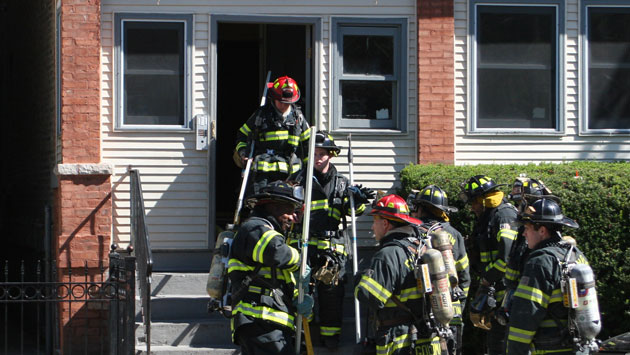 Firefighters emerge from the building at 1911 Asbury.

Hohl says no injuries were reported and damage from the fire was minor, but residents will be temporarily displaced while the furnace is repaired.