Board members of the Evanston History Center plan to meet May 14 to see if they can come up with a solution to the funding crisis threatening to force the group from its long-time lakefront home. 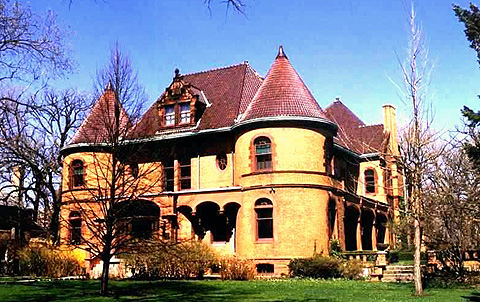 Northwestern University, which owns the 25-room home that once belonged to Charles Gates Dawes, U.S. vice president under Calvin Coolidge, says the building needs several million dollars in structural improvements to continue to be used as a museum and meeting place.

University Vice President Eugene Sunshine says an endowment fund left to the university by Dawes, who also was a banker and government banking regulator, generates only $50,000 to $60,000 in revenue per year.

Marge Wold, president of the history center, says the group operates on a total annual budget of $250,000 and has an endowment of a little over a million dollars.

The center has occupied the building under a 30-year lease from the university that expired over a year ago. Talks since then between center and university officials have failed to come up with a solution that would get the repairs done and allow the center to remain in the building. No new lease agreement has been signed.

Under the lease the center occupied the building essentially rent-free and was allowed to retain the income from renting out the mansion’s carriage house as a private home.

The university, after conducting studies to determine the scope of the work required to upgrade the building, asked the Evanston Fire Department to inspect the property last week, and that inspection led the school to insist that the center stop permitting public access to the building by April 16.

Sunshine said the university is willing to let the center continue to use the building for its offices through June 30, 2009.

Both sides agree that when Dawes left his home to the university he stipulated that it should be used to house what was then known as the Evanston Historical Society, but they disagree about the conditions under which that occupancy can be terminated.

The center maintains extensive archives on Evanston history in the basement of the building, displays furnishings collected by Dawes on the main floor, and hosts permanent and temporary exhibits in upstairs rooms.

Wold says, "It’s a wonderful building and it would be shame if it was sold to a private party and was no longer accessible to the public."

But house museums are in trouble across the country. The New York Times reports that hundreds have either closed or are struggling to stay open in the face of rising costs and limited public interest.

The university’s latest move, Wold says, "is basically putting us out of business."

If the group has to move into a smaller space, she said, it likely will have to "deaccession" — or get rid of — much of the material it now has.

Finding major funding resources for the history center may be difficult. Last year efforts by a community group to establish a black history museum in Evanston collapsed and the city reclaimed a building it had given the group at 1817 Church St.