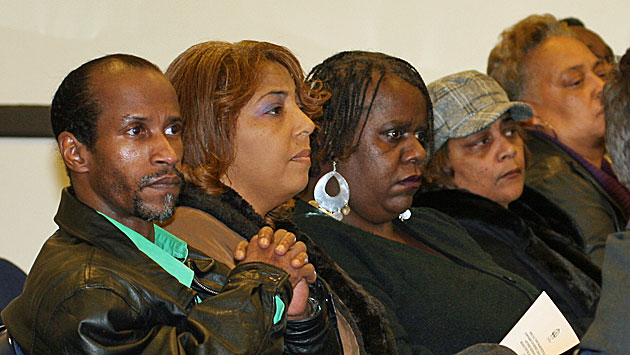 Several general assistance clients and other residents Monday night questioned plans to abolish Evanston Township and have the city take over its functions.

The discussion came after several previous public meetings on the issue and after aldermen, acting as the township trustees, had voted to formally adopt measures approved in concept last week to put an advisory referendum about township dissolution on the March election ballot and ask the state legislature to clarify conflicting statutes about how to go about the abolition process. 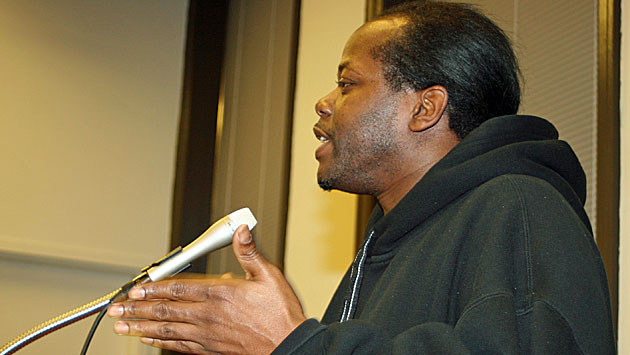 Top: Residents listen to the debate about the township's future. Above: Montez Cannida speaks to the town board.

Montez Cannida of 1610 Darrow Ave. asked officials to "please look into it thoroughly" before shutting the township.

Canada said that, in addition to general assistance payments, the township also provides "community networking" and other services for clients that he feared would be lost.

Martha Young of 1710 Monroe St. praised the work that the township assessor's office had done to help her 75-year-old mother, who she said suffers from dementia, reduce her property taxes.

Young said she herself has been on general assistance for a while now and the she'd received very good treatment from township workers.

"It takes special people to help special people," Young said. "From my understanding the city is firing people, so how is it that now all of a sudden you're going to have money to pay different people to address some of the issues that we, the clients, have?" 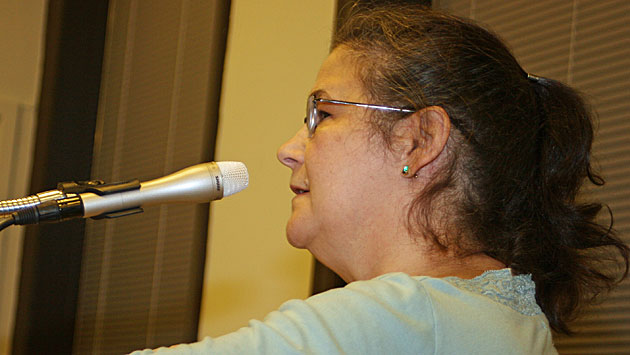 And Mary Baker of 139 Ridge Ave., said she was going to be evicted from her home and was living with no electricity until Alderman Ann Rainey, 8th Ward, told her she could apply to the township for general assistance.

"I would be homeless if it wasn't for the township's general assistance program," Baker said.

Some speakers appeared at least partially reassured by statements from City Manager Wally Bobkiewicz and other officials that the city would continue the general assistance program, and continue to levy taxes to pay for it.

He added that the city might even be able to increase benefits from expected savings from reducing administrative costs.

But other speakers still opposed any change.

Albert Gibbs, who described himself as a lifelong Evanston resident, said, "We should leave this alone. If it's not broke, why fix it?"

The town board voted 5-3 to hold the referendum, with trustees Braithwaite, Holmes and Wilson voting no.

It voted 6-2 to ask for statutory revisions from the legislature, with Wilson joining in support of that vote.

Alderman, and trustee, Jane Grover, 7th Ward, didn't arrive at the meeting until after the votes were taken.

Voters to be polled on township future (Nov. 30)