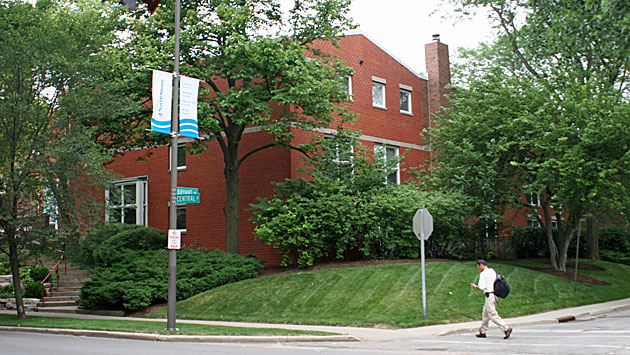 Evanston aldermen this week approved plans to expand parking for Northwestern football games on the Frank Govern golf course to a fourth hole this year, despite complaints from some nearby residents.

The expansion would add parking on the 10th hole, across Bryant Street from the Evanston Terraces condominium development at 1201-1229 Central St.

Debbie Weixl, a condo resident, said she'd heard horror stories from long-time residents of the complex about bad behavior by football fans when parking was permitted there in the past.

But Alderman Jane Grover, whose 7th Ward includes the stadium neighborhood, said the neighbors' concerns would be addressed in negotiating the agreement on the parking expansion among the university, the golf association and the city. 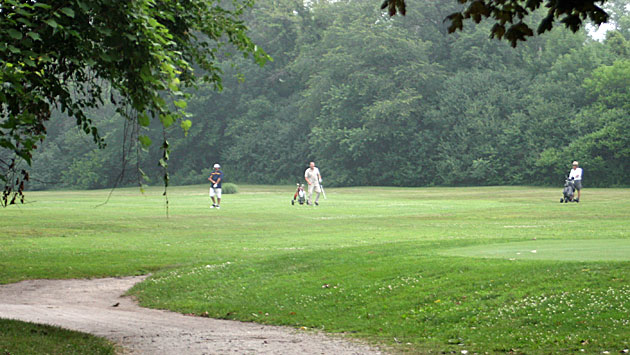 Top: The Evanston Terraces condo development at Central Street and Bryant Avenue, across from the golf course's 10th hole. Above: Golfers seen on the 10th hole this week will be replaced with cars for six football Saturday's this fall.

She said increased attendance at football games in recent years has generated more ticket tax revenue for the city and the golf course needs the extra revenue from parking to help offset declining golf revenues that have left it with unpaid water bills to Evanston and Wilmette.

Parks Director Doug Gaynor said parking on the golf course would be limited to season ticket holders so that the city and university would be be able to track and penalize any misbehavior.