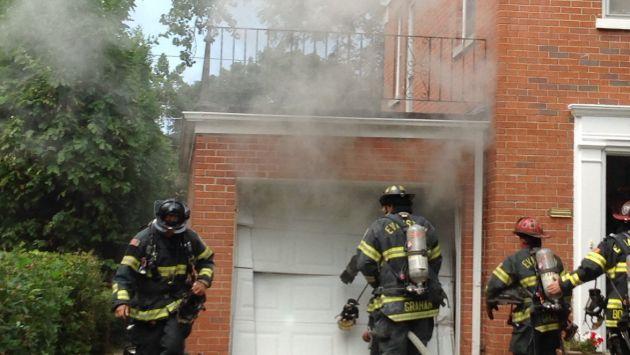 Traffic was blocked on Oakton Street just east of Dodge Avenue for more than an hour this afternoon as fire crews dealt with a garage fire.

Fire officials say the owner of the house at 1819 Oakton St. was home when the fire broke out in the attached garage and notified the Fire Department quickly.

That helped crews keep the fire from spreading to the house itself.

Firefighters watch as Engine 24 is backed out of the narrow alley after the fire.

No injuries reported from the fire. As of 3:45 p.m. Oakton was expected to be reopened to traffic shortly.

Fire investigators haven’t yet determined what caused the blaze