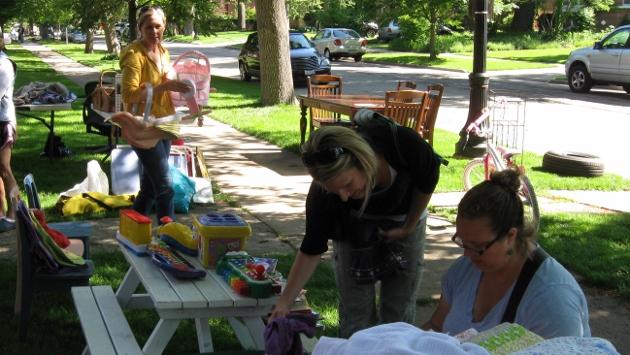 There’s nothing like blue skies and mild temperatures to generate garage sales in Evanston. And they were everywhere Saturday.

Many neighborhoods collaborate, whereby several neighbors put their unwanted gems in the front yard and sell much of their stuff to each other.

Such was the case in the 2500 block of Lawndale Avenue in north Evanston Saturday morning (top photo), where upwards of seven neighbors were hoping to turn unwanted items into quick cash. 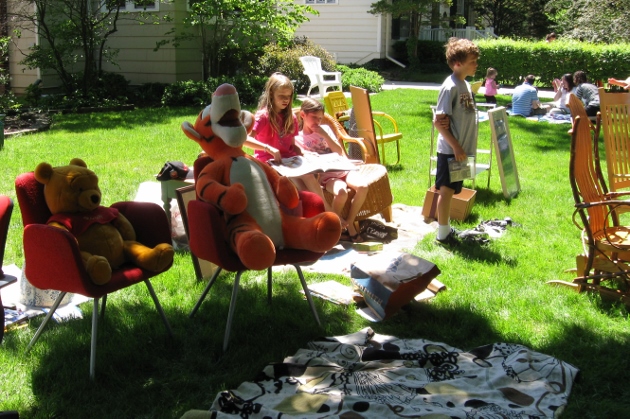 Most sales run from 9 a.m. to 5 p.m., but veteran pickers know that the best times are at the beginning, when the good stuff is still available, and at the very end, when any price is better than having to haul the items back into the house. 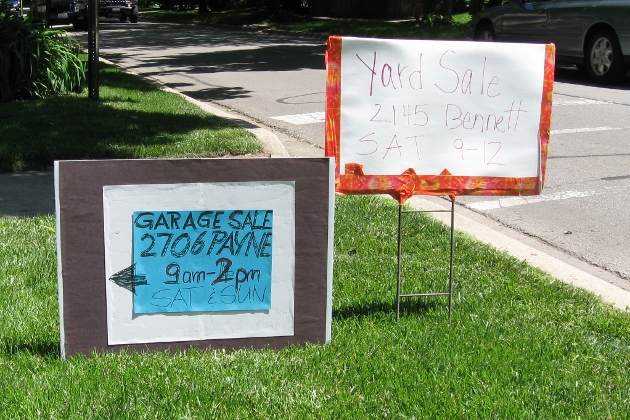 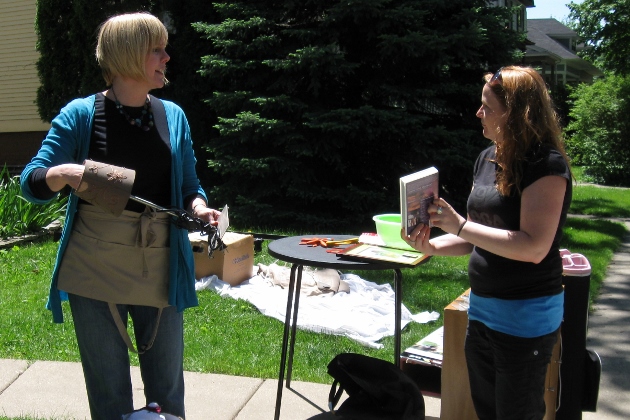 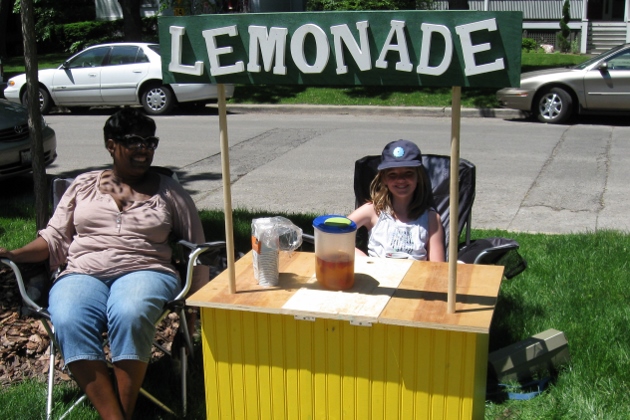 Washington School 3d-grader Kate Suvari at the lemonade stand made my her dad, Will, in the 1200 block of Maple Avenue. She's hoping to top the $100 in sales she earned last year. 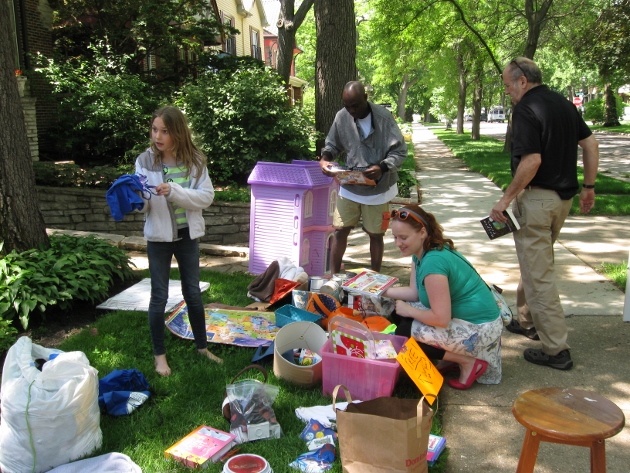 Business was brisk at this sale in the 1100 block of Mulford Street.