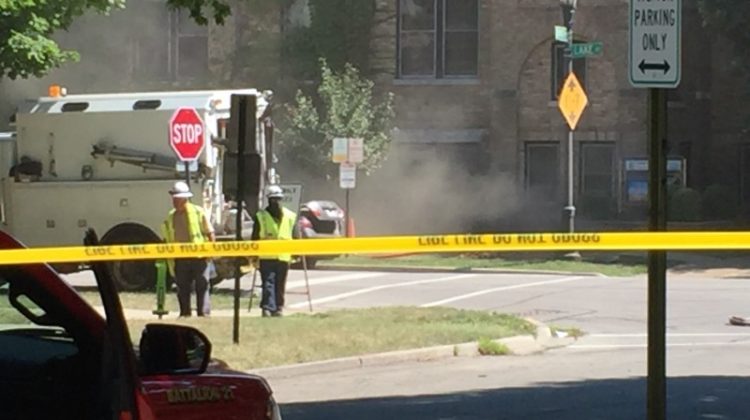 At least two residences were evacuated this afternoon after a contractor hit an underground gas main at the corner of Lake Street and Elmwood Avenue.

As the gas escaped from the line, it pushed dirt into the air, which was visible from a block away.

Street Superintendent Donald Cornelius told Evanston Now that the break in the high pressure line led to the evacuation.

The intersection was closed to traffic, and fire crews were on hand as a precaution.

As of 2:45 p.m., Cornelius said the gas company was en route to shut off the main.

There have been no injuries.