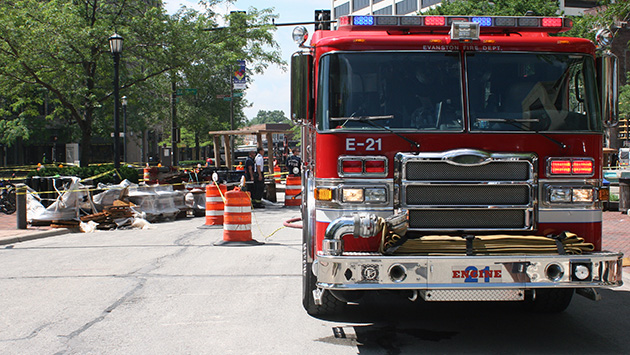 Traffic around Fountain Square in downtown Evanston, already complicated by a street paving project, is more tied up at this hour after a contractor working for the city ruptured a gas line.

Those lines are being replaced this summer with high-pressure lines as part of the Davis Street repaving project.

The contractor was working on a water main replacement project when the gas line ruptured.

Hohl said the break occurred about 10 a.m. and its likely to be several more hours before Nicor Gas crews are able to repair the damage. 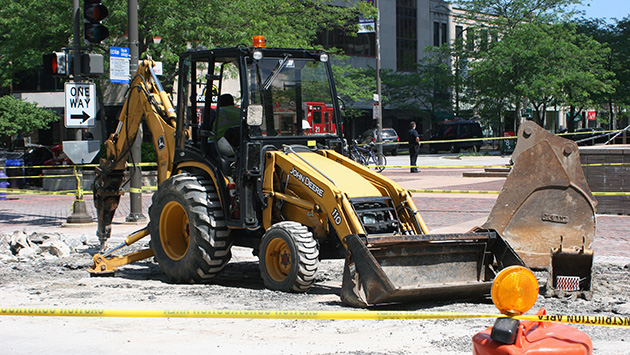 A fire engine was standing by at the scene as a precaution, Hohl said, and police and parking enforcement offers were directing traffic around the scene.

Traffic on Davis and Orrington is blocked off around Fountain Square and traffic on Sherman Avenue is reduced to one lane.

Fortunately for downtown workers, Hohl says gas service to restaurants around Fountain Square was not affected.

While the streets around the square were roped off, buildings in the area were not evacuated and pedestrians continued to have access to stores and offices.

With a strong wind off the lake, a faint odor of natural gas could be detected several blocks away from Fountain Square.