The Marathon gas station at 555 Howard St. in Evanston is back open now after being close several days because of a gas leak. 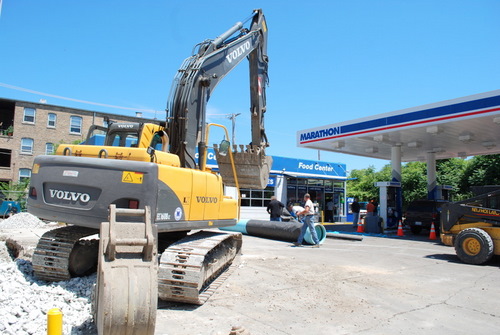 Heavy equipment was used late last week to find the source of the underground leak.

Workers dug a 16-foot deep hole near the station in an effort to trace the source of a leak that let fuel from the station seep into sump pits beneath the apartment building just west of the station, Fire Division Chief Tom Janetske said.

The trench has now been filled in and pumping and monitoring equipment has been installed help with long-term cleanup of the problem.

Janetske says that at this stage the situation poses no life-safety concern or fire risk.