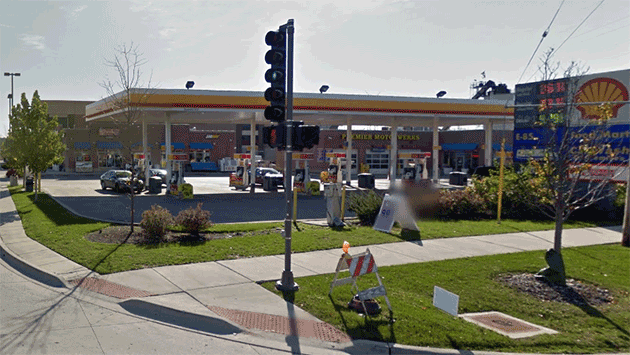 Evanston aldermen tonight are scheduled to consider an ordinance creating a new liquor license class to permit the sale of cans and bottles of beer at gas stations.

The ordinance is being sought by owners of the Shell gas station at 2494 Oakton St., who want to add beer to the items sold in their convenience store on site.

The ordinance has the support of Alderman Ann Rainey, whose 8th Ward includes the gas station. She told the Liquor Control Board last month that the business owners are very responsible people and there've been no problems at the property.

She also noted that it's located quite a distance from the nearest homes.

The ordinance, as drafted, sets a minimum size for the convenience store area of a gas station eligible for the license at 3,000 square feet.

The recently constructed Shell's convenience store has about 3,500 square feet. It's not clear whether any other gas stations in Evanston could clear that size hurdle.

The ordinance limits the floor area devoted to beer sales to 400 square feet.

It also limits beer sale hours to 8 a.m. to midnight.

Update: Only Alderman Judy Fiske, 1st Ward, voted against the gas station liquor license on a vote to introduce it Monday night. The license likely will be given final approval at the City Council's June 23 meeting.