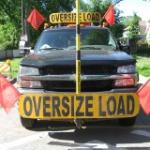 It was "math on the move" Monday morning, as crews transported a 1,300-square-foot one-story house from a parking lot at Evanston Township High School to its permanent location at 1941 Jackson Ave. 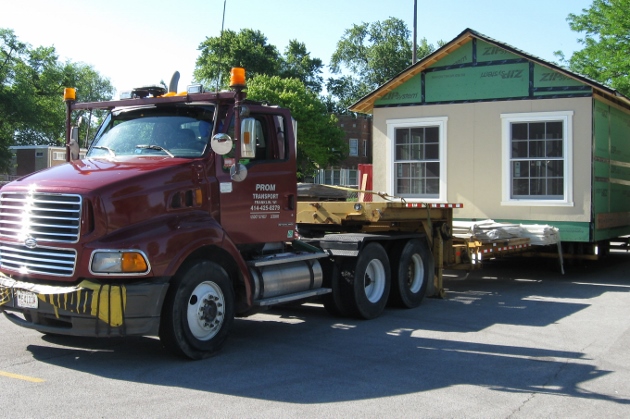 Ready to begin its journey from the ETHS parking lot.

It was a picture-perfect summery day as the cab of the moving truck backed up to the first section of the two-section home that had already been loaded onto its trailer to begin its four-block journey on Lake Street, Dodge Avenue, and Emerson Street before turning north onto Jackson.

All year, fighting school closings due to an unusually harsh winter, some 56 freshmen and sophomores used the project as a way to learn critical geometry lessons while simultaneously acquiring construction skills that hopefully will pay off in the future when it comes time to land a high-paying job. 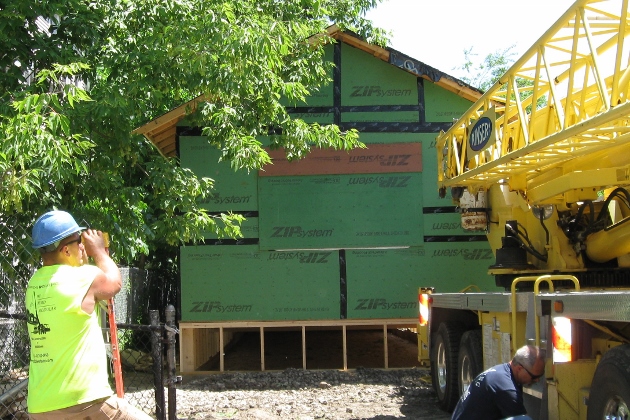 Already by lunchtime, both sections were securely in place at the new location.

Now that the house is at its final resting place, contractors will finish off the inside of the three-bedroom, two-bath home before it is sold at a bargain price as affordable housing to a future Evanston resident.