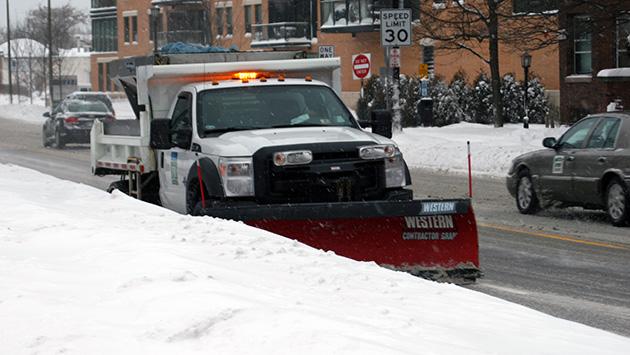 Evanston is imposing a snow route parking ban for a second night tonight.

Assistant Public Works Director James Maiworm says the big goal for tonight is "to begin loading and hauling out the snow piled up in our business districts."

Maiworm says that's expected to take more than one day to accomplish.

He says snow cleanup on the streets is just about complete, and offered thanks to residents who moved their cars. "It really assisted us in plowing the side streets curb to curb," Maiworm says.

Tonight's parking ban will be in effect from 11 p.m. to 6 a.m. Saturday on streets that are posted as snow routes.

During the day Saturday and Sunday the city is asking for voluntary compliance with the snow emergency parking restrictions on side streets. That means don't park on the even side of the street Saturday, or on the odd side on Sunday, between 8 a.m. and 6 p.m.

Free parking will continue to be available in the three city-owned garages downtown through Sunday night. But there's a $13 charge if you stay in the garage into the early hours of Monday.

About another inch of snow is expected on Saturday, starting around noon and lasting until 11 p.m., with flurries into Sunday morning.

Deputy City Manager Erika Storlie says the city's 311 center handled more than 1,500 calls over the past two days and more than 50 live chats.

Call volume Thursday was one of the top 15 days on record.

She says most callers were generally happy about the condition of the streets. But there were complaints about towing cars and the overnight snow-route parking ban. "Many thought the streets were pretty clear by last night," Storlie says.