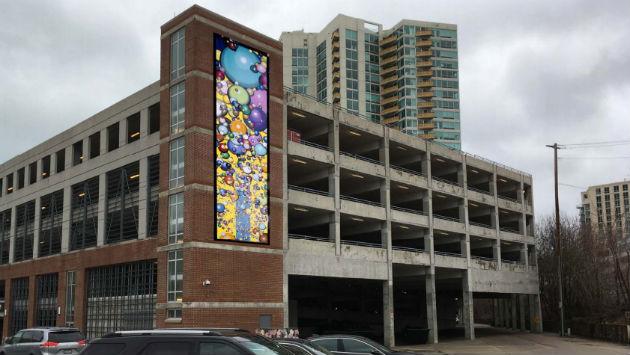 Evanston aldermen tonight are scheduled to vote on accepting the donation of two large paintings that until recently hung in the lobby of a downtown Chicago office building.

City staff say the plan is to hang one of the works by English artist Keith Tyson on the west wall of the Maple Avenue garage, where it will be visible to Metra commuters and people attending the downtown farmers market.

The paintings, done in acrylic on aluminum panels, are each 40 feet tall by 10 feet wide and are each appraised as having have an estimated value of $375,000.

They were originally commissioned in 2007 by Penny Pritzker and were displayed in the Hyatt Building at 71 South Wacker for the past 10 years.

The Irvine Company, which owns the building removed them for a lobby renovation project this year and is offering to donate them to the city.

No estimate yet on what it will cost to install the artwork on the garage. The Irvine Company is paying the storage costs for both pieces.