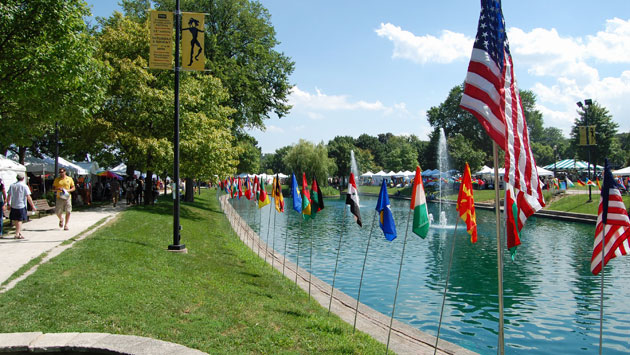 A planned upgrade to the Centennial Park Lagoon on Evanston's lakefront may be mostly cover by a private gift and a state grant.

City staff will ask the City Council tonight to approve an application for a state Open Space Land Qcquisition and Development grant for $400,000 — the maximum permitted under the state program.

Parks Director Doug Gaynor says a privae donor has promised a $500,000 donation toward the project.

That would leave just $100,000 of the projected $1 million cost of the project to be covered by the city's capital improvement program.

The project, which Gaynor says will further goals of the Lakefront Master Plan the City Council adopted three years ago, would replace plumbing equipment and construct a larger maintenance vault at the lagoon "to provide functional equpment and safer operating conditions for staff."

The hazardous condition of the maintenance vault was the subject of a recent Ponzi and Friends cartoon published by Evanston Now.

The project would also involve waterproofing the lagoon to reduce water consumption, rebuilding the existing waterfall to restore it and meet code requirements, rebuilding walkways to bring the facility into compliance with Americans with Disabilities Act requirements and installing new "dark sky" pedestrian light fixtures.