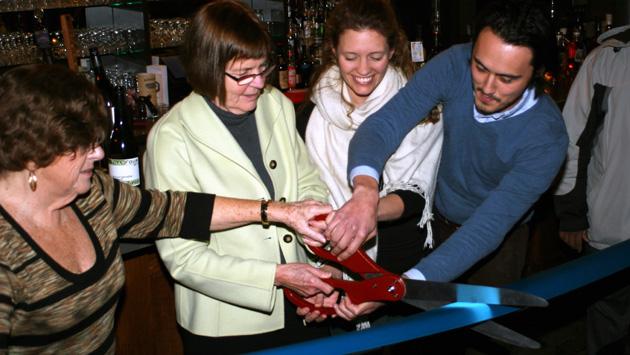 The room was packed this evening for the ribbon cutting at the new Ward Eight cocktail lounge on Howard Street in Evanston.

Alderman Ann Rainey, 8th Ward, joined Mayor Elizabeth Tisdahl and bar owners Anne Carlson and Cody Modeer for the ceremonial slicing of the ribbon in the bar at 629 Howard.

The project, more than a year in the making, is receiving substantial financial aid from the city as part of an effort to revive the Howard Street commercial strip.

After a few soft opening events, and a party this evening for members of the Howard Street Business Association, the bar is scheduled to formally open for business Wednesday night at 5 p.m.

Carlson says Ward Eight will operate from 5 p.m. to midnight Wednesday through Sunday from now on. 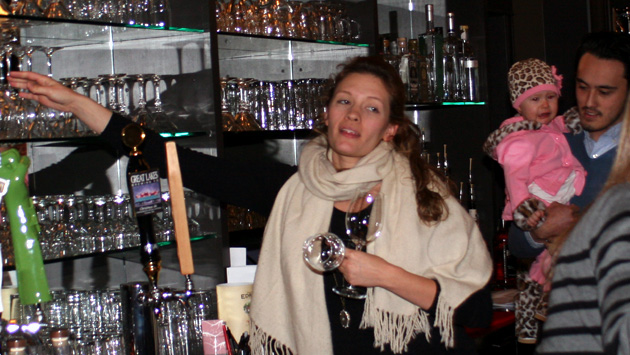 Carlson grabs for another glass for the wine tasting, while Modeer holds the couple's child, who Alderman Rainey described as "our wine-bar baby."

The owners had originally hoped to open the bar by July, but a variety of delays held up completion of the project until now.