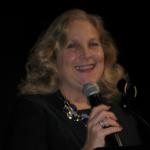 Development of educational curriculum begins before the child enters kindergarten and extends through graduation from high school, according to one of the candidates for superintendent of Evanston/Skokie District 65 schools.

Julie Glazer, assistant superintendent of schools in the diverse community of Summit, N.J., made that assertion Monday at the first of five public forums that give the public an opportunity to sample the five finalists who aspire to fill the job formerly held by Superintendent Hardy Murphy, who resigned last August.

She noted that her present job involves overseeing curriculum, instruction, and assessment at a district that encompasses a child’s education from pre-kindergarten through the 12th grade.

Even though District 65 hands off its students to Evanston Township High School District 202 after the eighth grade, Glazer contends that the transition needs to be a smooth one and that development of the curriculum ought to involve a great deal of collaboration between the two districts in Evanston.

Curriculum development, she said, often works backwards from 12th grade to pre-kindergarten and she says that for Evanston schools to be successful in substantially reducing the achievement gap between students from diverse families, the effort needs to begin before a child enters school.

In that respect, she embraces the “cradle-to-career” initiative of the two school districts in concert with community not-for-profit organizations such as the Youth Organizations Umbrella.

Glazer began her teaching career at Lincolnwood Elementary School in 1997 and says she looks forward to “coming home” to Evanston.

One of her primary objectives, she said, will be to become an integral part of the Evanston community.

Tonight, the candidate scheduled to appear is Dr. Nathan McCann, superintendent of the Altar Valley School District in Tucson, Ariz.

McCann received his Bachelor of Arts in Political Science and his Master of Education in Curriculum/Instruction from the University of Vermont.

His doctorate degree in Educational Leadership is from the University of Arizona.

McCann describes his district as one that serves “a small economically-disadvantaged community…with little political voice and few advocates for its children.”

He says he entered his current job faced with enormous challenges but that during his tenure, “we have created a culture of high expectations and Altar Valley enjoys a strong and rapidly growing reputation throughout the Arizona education community.”

The remaining three candidates who will be featured the rest of this week are Dr. Paul Goren on Wednesday, Dr. Quintin Shepherd on Thursday, and Marty Smith on Friday.

Biographical information about each candidate is available on the district’s website.