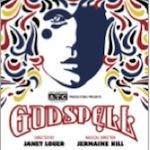 Steven Schwartz’s musical “Godspell” offers an inside look at the disciples who followed Jesus Christ. The Actor’s Training Center’s version, directed by veteran Janet Louer, is set to tell a story, not throw dogma at the audience.

Louer, who is a staple of the Actor’s Training Center (ATC) in Wilmette, believes in the love built into Jesus’ story. “The parables in ‘Godspell’ are all about love and kindness and helping humanity,” Louer says. “It is not about dogma. If you substitute the idea of Jesus for the word LOVE (which the man was all about), then you get a story about teaching people to love and carry on the teaching of love for eternity.”

The Musical Theatre Intensive at ATC is, according to Louer, “a three-week rehearsal process similar to that of a professional summer stock.” The actors of the ATC Musical Theatre Intensive span 6th through 12th grade, providing a wide range of experience and chops for Louer to work with. Louer is one of the most experienced directors of children’s theatre in the Chicago area — and she makes the most of her work at ATC.

How is your approach to coaching young actors different and effective?

I started at the age of 7 as an actor-singer-dancer. I went on to be a Casting Director in New York for Television, Film, and Broadway. I have been an agent for some of the great talent that has been launched out of Chicago, such as Steve Carrell.  I also manage Heather Headley, the Tony Award winning actress.

When I worked with Steve in the taping room and when I work with Heather now, they would tell you my approach is not for the faint at heart. I have ridiculously high expectations of myself as well as for the actor I am working with… whether you are 80 or 8. I do not look at the young actor as a child who is dabbling in this art form… I look at them and treat them and teach them to be actors.

There is a common language for all actors young and old. A way of working. If you teach that language and way of working from an early age, they have a better chance at a career as an actor. If they choose not to go on to college or into the professional world of acting, they have learned a method of discipline and preparation that will serve them in all of their future endeavors.

Actor’s Training Center is a unique environment for students of the theatre to train in because of their capacity to work with artists such as Louer. “We treat the young actor as if they were setting out to have a career in the performing arts,” Louer says. “That requires a high bar to be set by the instructors with the knowledge that the student actor will have to reach beyond their own perceived expectations of themselves. It is quite thrilling to see that occur.”

At times, the work is trying. But Janet sees the benefit for herself in her mentorship.

Why do you do this work with young actors?

I ask myself that question from time to time! However, just as I am asking myself that very question, someone or the whole group has a breakthrough, out of their own perceived limitations, into uncharted feelings of accomplishment and pride. To see the look on their faces and the joy in their hearts… that is why I do the work I do.