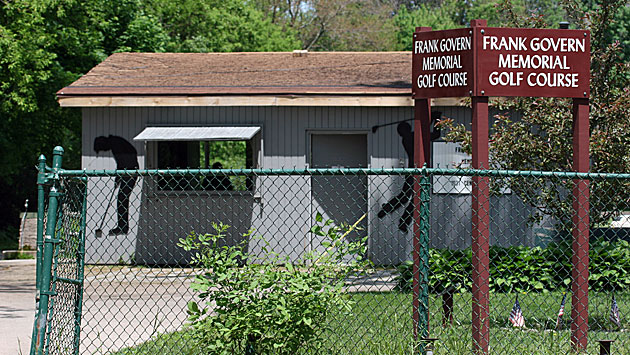 Aldermen on Evanston's Human Services Committee voted Monday night to give the non-profit that runs the golf course along the North Shore Channel extra time to come up with funds to pay its overdue water bill.

Several residents who live near the course spoke at the meeting urging that the course not be shut down.

And City Manager Wally Bobkiewicz said that wasn't the goal of the resolution staff brought before the aldermen, although the resolution does include a provision calling on the staff to investigate its options for terminating the course's sublease with the city if the bill remains unpaid.

Bobkiewicz said that under city ordinances the staff would have no option but to shut off the water if the council didn't provide some different direction.

"We have many other accounts that are overdue," Bobkiewicz said, "but those no longer receive water from us." 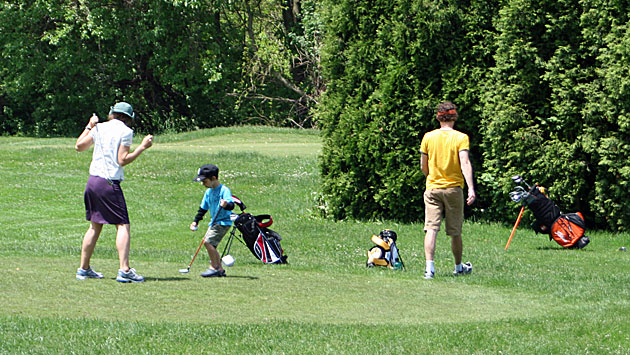 Golfers on the course Sunday.

He added that the golf course, unlike other water customers, is only charged for water, not for the much higher sewer fees, because all the water spread on the course is considered to soak into the ground and not burden the sewer system.

John LoSasso of 1405 Rosalee St., the president of the Evanston Wilmette Golf Association, said the course has faced budget problems for several years because of the sour economy and a general decline of interest in golf. 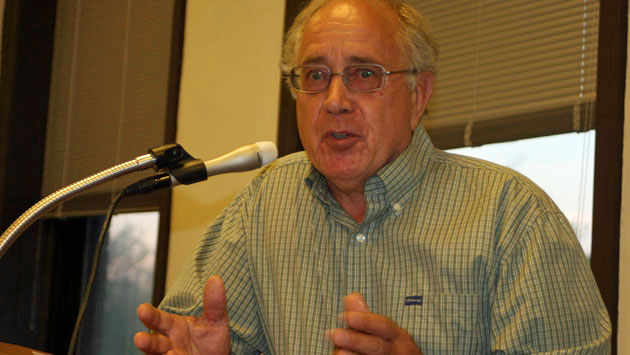 He said that in addition to the $12,000 the group owes Evanston for water it owes another $8,000 in water charges to the Village of Wilmette.

But he said that services the association provides in maintaining the course have let the municipalities escape expenses they'd have to incur to maintain the course on their own.

He said he appreciates the city's proposal to forego collecting the overdue charges and keep providing water through this year.

"We know we need to make significant changes and we need to establish new partnerships," LoSasso said, "and we're looking for support from those who live around the course and have a vested interest in our continuing to be present." 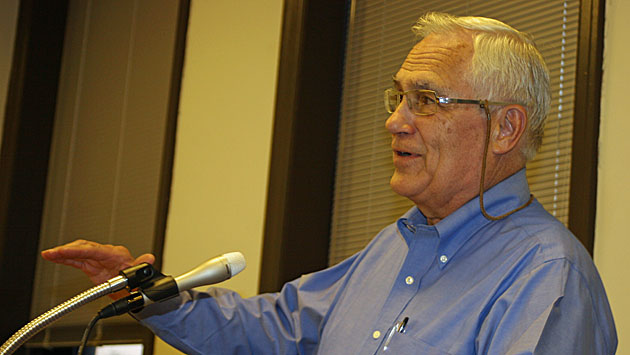 Richard Miller of 2338 Bryant Ave. said he's been picking up golf balls from his back yard for 40 years.

He said he and other neighbors have worked for years to help keep the course clean.

And, despite having errant golf balls come flying through his windows, he said he believes the course "is a wonderful community resource, and we should do everything we can to protect it."

At the request of Alderman Jane Grover, 7th Ward, the resolution was amended to defer payment on, but not completely forgive, water charges for the remainder of this year.

The measure now goes to the full City Council for action next Monday.