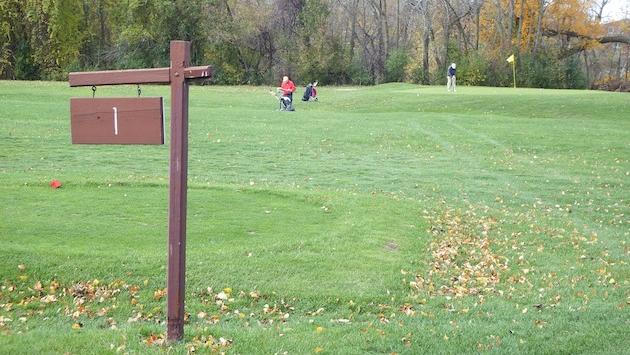 About a year ago, the Evanston-Wilmette Community Golf Course Association was in dire need of help. It's financial house was in ruins and, to make matters worse, a lawsuit was filed by board members against the organization's president.

But with the aid of scores of volunteers from both communities, the association has since settled the lawsuit, rehabilitated the course and paid off about $50,000 in outstanding bills.

When all the issues the golf association faced last fall came to a head, and the prior president was forced to step down, new president Perry Weinberg said there were only six board members out of a total of 19 left in the room.

During his on and off tenure with the association, Weinberg said board membership had fluctuated over the years, but participation had certainly diminished by that point.

When he was elected to helm the organization the Evanston resident said, "I didn't think I could do it all by myself," which was something he said prior leadership had attempted to do.

First, he prioritized, making the lawsuit settlement priority number one, and rebuilding the board priority number two, followed by a much needed rehabilitation of the actual course.

After the lawsuit was settled in mid-January, Weinberg had already recruited a new treasurer, Wilmette resident Joe Rickard, along with roughly 30 other volunteers.

Nineteen board members were elected, while the other volunteers involved were named "consultants" to the board. Many of the consultants then formed committees to oversee fundraising, course maintenance, finances and other matters.

Rickard, a partner in a small investment bank, has experience turning bad business situations around, which is exactly what he said he was recruited to do for the golf association. 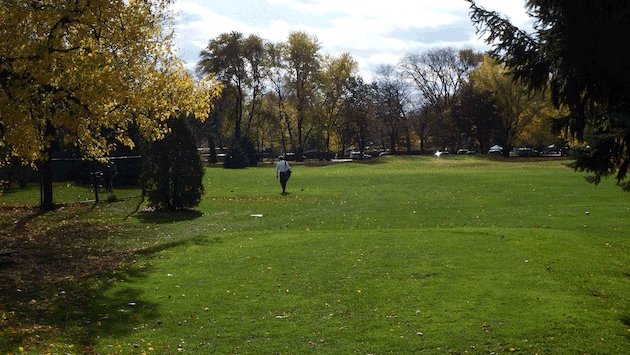 "As someone who came in not knowing anything about the situation, I started finding out how far in arrears things were to our vendors," he said. "Both Evanston and Wilmette were just two of our vendors and we made a priority to take care of those [unpaid bills.]"

Rickard said the organization owed about $50,000 in total, including $12,000 to the city of Evanston for unpaid water bills. But the golf association has, as of today, "made good 100 percent" on all its outstanding payments, he said.

Interim Evanston Parks, Recreation and Community Services director Joseph McRae confirmed that the organization is current on the water bill.

Though McRae has only been interim director for the department since Sept. 1, he said, after attending several golf association meetings, that "I think they are trying to be responsible, and I think they are doing a pretty good job of what I've seen thus far."

Rickard said he, with the help of other board members and consultants, has installed financial controls and checks and balances "that would catch any big things." He said the organization has a long range plan to put in all the financial controls needed, and they are currently budgeting for a proper point of sale system for next year.

To help pay off the old bills and finance rehabilitation of the course, board consultant and chair of the golf association's marketing and community outreach committee, Debbie Weixl, said a massive fundraising effort was launched.

"People were really willing to help," she said. Businesses like the Alchemy Coffee and Bake House in Wilmette and the Bluestone restaurant in Evanston became sponsors for the organization, in addition to "lots of individual donations," Weixl said.

"Our target really is local businesses and residents, because this is their backyard and it is public land, and open spaces are at a premium these days," she said. "The people who care the most are nearby."

In addition to paying off the bills, the money raised was also used to hire a new golf course superintendent Tom Tully, which Weinberg said was "one of the best things" the organization did this year.

Tully was initially tasked with getting the course in the best possible shape in time for the Tour of Duty charity event this past August. Wilmette native Joel Murray and his brothers, including Bill Murray, in addition to other local celebrities, golfed at the course alongside firefighters, police officers and paramedics from New York City, Boston, Chicago, and Newtown, Conn., to raise money for charities that benefited first responders.

The 18-hole course, which runs along the North Shore Channel from Green Bay Road to the Baha'i Temple near Wilmette Harbor on Metropolitan Water Reclamation District land, was whipped into shape before the August event and the association's own fundraising event in September.

"Frankly, we had some greens in embarrassing shape at the beginning of spring and now, towards the end of this year, they're looking good," Weinberg said.

The massive turnaround effort "has taken a village so to speak," Weixl said.

Formed in 1919 under a special lease agreement with the City of Evanston and Village of Wilmette, the course has been always managed by an all-volunteer force.

But now it seems there are many more community members with a vested interest in the course than in recent years.

And even more have expressed a desire to help "now that the ball is rolling," Weinberg said.

Though things have improved at the course, the work is not yet complete.

"We're trying to reach the goal of golfing sustaining our operations," Weinberg said. "To our regret we're not there."

The association currently pulls in about a quarter of its annual revenue from football parking for Northwestern University and local Evanston games. "It bothers us to do it," he said, but it's still a necessary revenue stream.

Aside from getting the association in better financial shape over the long haul, Weinberg said the organization is also interested in encouraging young children and families to get involved with new youth-focused programs to be hosted by the association next summer.

Growing up, the Evanston native played on the course weekly with his father, something he said is a "treasured memory."

"He always won, which was fine with me," he said. "Frankly, it wasn't a matter of keeping score but going for a walk through the neighborhood and visiting each other."

Watching fathers, mothers and their children repeat the same tradition is, for Weinberg, really "what it's all about."