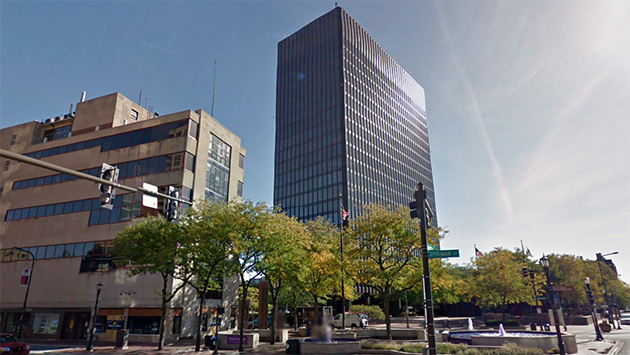 A venture of Chicago-based Golub & Co. reportedly is buying the Orrinigton Plaza complex in downtown Evanston for $63 million — 15 percent more than another Golub venture sold it for seven years ago.

Chicago Real Estate Daily says Golub and New York-based Investcorp Group have agreed to pay about $185 per square foot for the property, Evanston's tallest, which now is about 93 percent leased.

Current owner Lowe Enterprises Inc. managed to substantially increase the percentage of the complex that's leased, including bringing a Bright Horizons day care center and a soon-to-open restaurant to the long vacant former Border's building at 1629 Orrington at the north end of the property. New tenants in the tower include a business center chain.

But plans originally developed by Golub when it last owned the property to substantially expand the retail space around the plaza of the tower building have not been realized.

Doug Shehan, a senior vice president at Jones Lang LaSalle, which handles leasing at the nearby 909 Davis building, told the paper that Evanston, with about 1.5 million square feet of office space, has an unusual niche in the Chicago market with rents well above the suburban average.

"It has a lot of amenities and is very walkable, which is very unusual for a suburban market," Shehan said, and many office tenants in town do business with Northwestern University and NorthShore University HealthSystem hospitals.

Top: 1603 Orrington in an image from Google Maps.