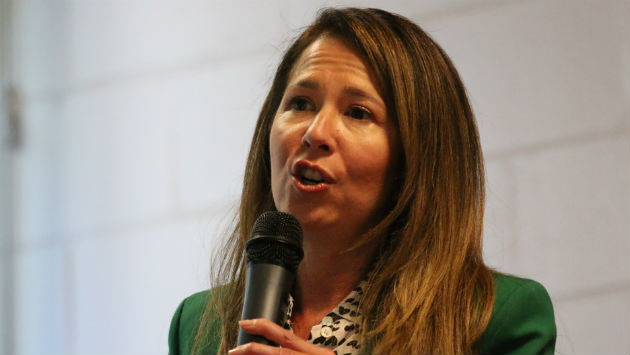 First-term State Rep. Jennifer Gong-Gershowitz, who had the backing of House Speaker Michael Madigan when she ran for office two years ago, today parted ways with the speaker who’s now entangled in a federal corruption probe.

Madigan has been named as the “Public Official A” implicated in a long-running bribery and influence scheme conducted through Commonwealth Edison.

Gong-Gershowitz, who received early financial backing from Madigan in her five-way fight for the Democratic party nomination, and vastly more funds from the speaker and his allies in the general election campaign, voted, along with all but one member of the Democratic caucus, to reelect Madigan as speaker.

But today she became the first among the lawmakers representing Evanston to publicly call for him to step down.

In a statement, she said, “The alleged misconduct by Speaker Madigan outlined in a recent report by the US Attorney for the Northern District of Illinois, if true, constitutes an egregious violation of public trust — and possible criminal activity.”

But after initially saying “Any and all elected officials involved in this scheme … must resign immediately,” she qualified that in her next sentence by saying that Madigan should resign if “proven to be involved.”

Gov. Pritzker, Cook County Board President Toni Preckwinkle and just a few of Gong-Gershowitz’s House colleagues have issued similar calls for Madigan to step down.

Update 7/20/20: State Reps. Kelly Cassidy and Robyn Gabel, who also represent Evanston. signed on to a statement today by the House Progressive Caucus in which the group said that if the allegations are true, “Speaker Madigan and any other elected official involved in this scheme must resign from public service.”