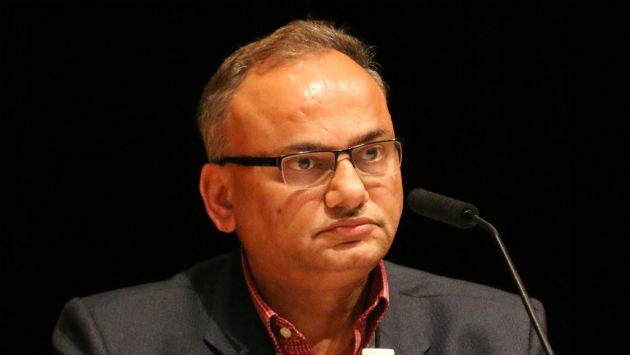 Hitesh Desai says he still expects the city to fall about $12 million short on projected revenue, but that much of that gap will be closed by a hiring freeze and the expected receipt of COVID-related grant funds, leaving a general fund deficit of about $2 million.

Of course, Desai says, things could get worse if the pandemic causes more disruption, and he points to the possibility of more lost revenue if fewer students than expected show up for classes at Northwestern University this fall or if the school’s football schedule is further disrupted.

City staff is working to prepare a proposed budget for 2021, which Desai says is expected to be released by Oct. 9.

He says that if all the city’s currently vacant positions were left unfilled through 2021 it would save about $4 million.

Aldermen earlier this year discussed the possibility of selling some city facilities, including the Civic Center and the Church Street garage.

A preliminary value assessment from a consultant prepared earlier this year said a sale of the Civic Center might bring in $14.3 million and the parking garage might yield $5.3 million.

Selling the Civic Center would require finding a new location for city offices, and disputes over the building’s future have ended in stalemate for decades.

Information on how the long-term revenue stream the city generates from charging for parking at the garage compares with the money it could make by selling the garage was not immediately available.