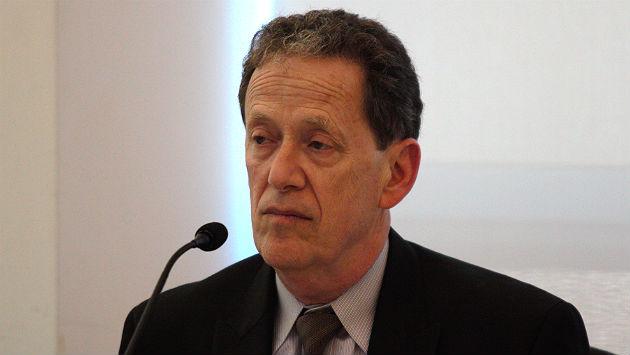 In a joint statement with School Board President Suni Kartha, Goren said he is “extremely proud of the many accomplishments” during his five years as superintendent.

The statement said he and the board agree that “this is an opportune time to transition the leadership” of the district.

Board members have expressed disappointment with a decline in test scores during Goren’s tenure.

Three years into a five-year strategic plan to improve performance, the share of students meeting or exceeding college readiness benchmarks has declined in both reading and math.

The board will meet Monday evening to appoint Stacy Beardsley, the assistant superintendent for curriculum and instruction, as interim superintendent during the summer months.

It plans to appoint an interim superintendent for the 2019-20 school year by mid-August as it searches for a new permanent leader.

Goren, an Evanston resident for more than two decades, was senior vice president for programs at the Chicago-based Collaborative for Academic, Social and Emotional Learning before being named to the D65 job.

He earned a bachelor’s degree in political science from Williams College in 1980 and a doctorate in education from Stanford University in 1991.

Goren succeeded Hardy Murphy, who had served 13 years as superintendent before his resignation in 2013.

Here’s the text of the statement from Goren and Kartha

Dr. Goren and School Board Mutually Agree to Leadership Transition

After five years of dedicated service to the children of District 65 and the Evanston/Skokie communities, Superintendent Dr. Paul Goren is extremely proud of the many accomplishments that he, the District, and the Board have achieved. During his tenure, the district has re-established a strong office of curriculum and instruction, established school climate teams in every building, developed deep and lasting partnerships across the community, and has embraced and implemented a robust racial equity agenda that has included the training of over 1,100 staff members in racial identity awareness and how it applies to classroom and school practices.

Both the Board and Dr. Goren agree that this is an opportune time to transition the leadership to build on the progress made over the past five years. Since assuming his position, Dr. Goren and the Board led the successful passage of the 2017 Referendum and have successfully negotiated labor contracts with the five unions representing the district’s employees. Most recently Dr. Goren and the Board led bargaining processes with the Teachers’ Union and the Teacher Assistants’ Union using a collaborative, interest-based approach focused on building trust between staff and district leadership. This process led to the approval of five-year contracts for both bargaining units before the end of the school year for the first time in decades.

“It has been an honor to serve the community I have lived in over 20 years, and a district where my kids attended and graduated from Oakton Elementary and Chute Middle School,” Dr. Goren noted. In addition he stated, “we are at a point with our labor agreements solidified over the next five years and resources from the referendum maintaining financial stability for the next six years, for a transition to occur where new leadership can design and shape the next strategic direction for the district. I am proud of the work we have accomplished and leave the district pointing in the right direction.” Board President Suni Kartha acknowledged Dr. Goren’s leadership by stating, “we appreciate the leadership and direction that Dr. Goren has provided D65 and thank him for his dedication and service to the community. The next several years are key to the future of the district and new leadership, building on the foundation Superintendent Goren established, will guide us as we build a new strategic plan for the future of the district.”