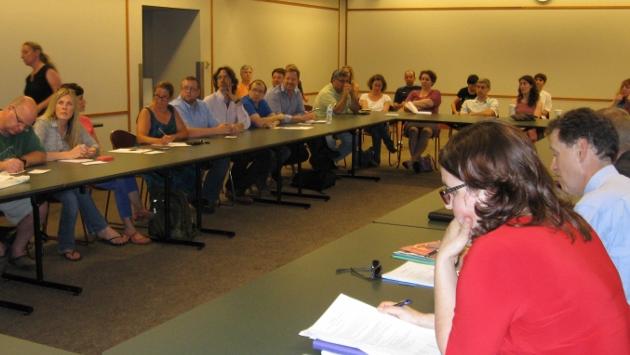 For months, a group of frustrated parents in the Evanston/Skokie District 65 school system had been lobbying for an audience with the district’s administration to discuss its mathematics curriculum. Monday night, it finally happened.

The district’s new superintendent, Paul Goren, was the featured guest at the Evanston Public Library at a meeting of Math Matters, a group of parents who communicate regularly via their own website and Facebook page.

Goren brought with him two members of his team that were concluding their first day (“and night,” Goren quipped) on the job. 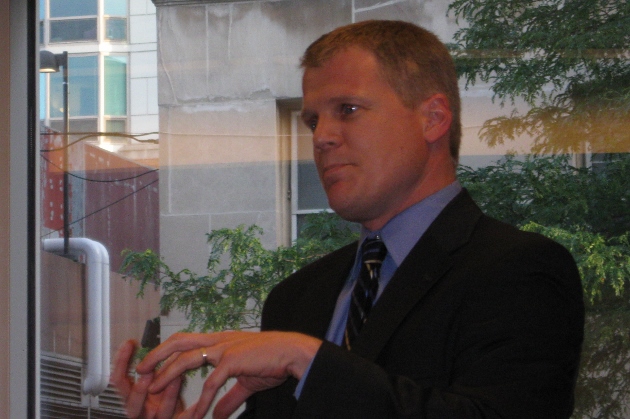 John Price, formerly chief of schools for the Burnham Park Network of 36 elementary schools of the Chicago Public Schools system on Chicago’s south side, is the new assistant superintendent of District 65. 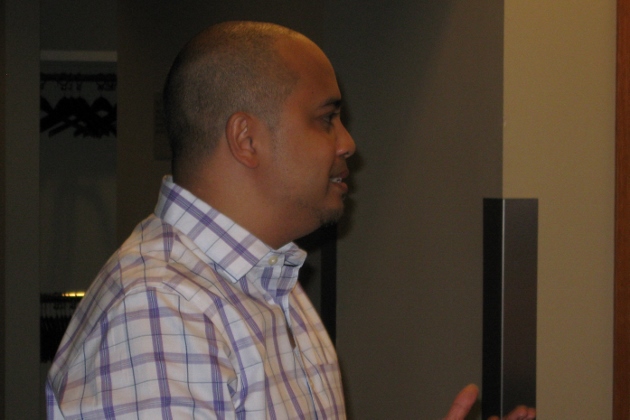 And Jesch Reyes (“just call me Jess”), formerly mathematics curriculum director for the University of Chicago and previously director of math and science for Chicago Public Schools, is the new director of STEM (science, technology, engineering, and math).

Mostly the administrators listened, as some of the approximately 35 parents told of their desire not only to improve the district’s mathematics curriculum, but to create a culture of transparency, whereby parents are fully informed of the process for placing students in particular math classes and would be able to access their own page on the district website that would contain a list of frequently asked questions for parents. 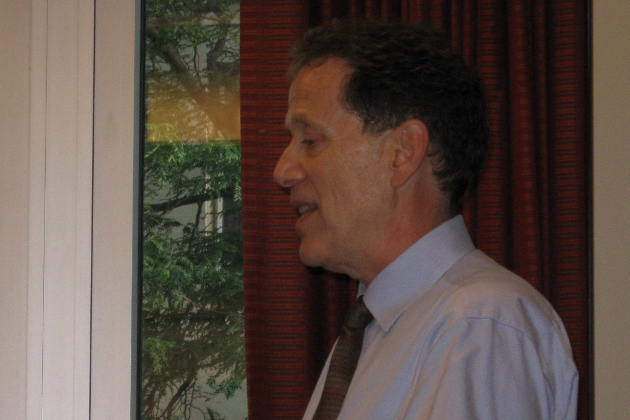 He also agreed to set up another meeting with the parents after the new school year begins in September, when he and his team are in a better position to comment on the current state of mathematics instruction in the district.

Although the meeting was short on specifics, the superintendent and his team pledged to include the parents in the process. Goren noted that the youngest of his three children just graduated from District 65 and was moving into the high school.

He told briefly of his experiences with mathematics as a District 65 parent that brought approving nods from the Math Matters parents. However, he warned not to expect major changes overnight, as he and his team were eager to get it right, rather than to make a show of a quick fix. 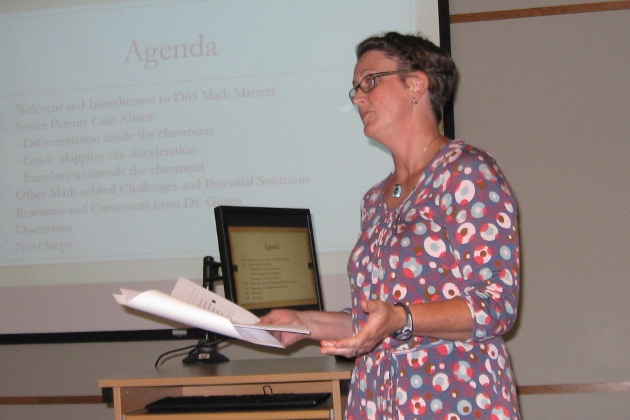 Jennifer Phillips, one of the founders of Math Matters, moderated the discussion and urged more parents to participate in the organization’s website and Facebook page.

Top: Attendees at the meeting in the Community Meeting Room of the main Evanston Public Library. Seated at far right is Superintendent Goren.