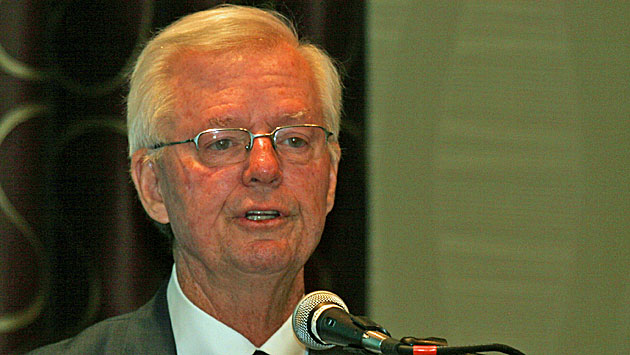 A citizens group headed by a former Evanston mayor has launched a campaign to come up with 10 big ideas with broad acceptance that will have a long-term impact on the community.

A citizens group headed by a former Evanston mayor has launched a campaign to come up with 10 big ideas with broad acceptance that will have a long-term impact on the community.

Patterned after a similar effort successfully implemented in Dubuque, Iowa, Evanston150, as the local group is known, was an outgrowth of a meeting in 2008 by  leaders of the Evanston Community Foundation, Evanston History Center, and the Evanston Public Library, who were seeking a novel way for the community to celebrate the 150th anniversary of its founding in 1863.

Former Evanston Mayor Jay Lytle, who chairs the Steering Committee, said the group was cognizant of the fact that most such celebrations fade into memory without any lasting impact. The committee was determined that this would not happen in Evanston. 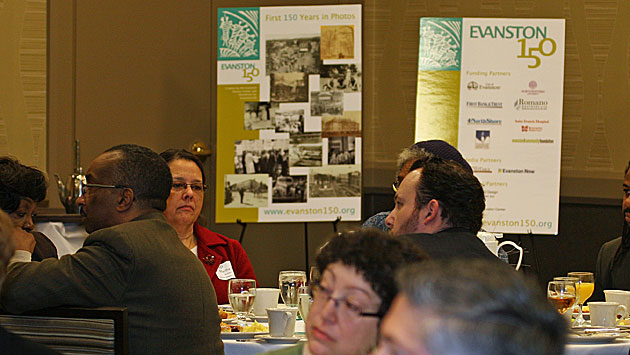 Listening to the presentation this morning.

“We are embarking on a long and exciting journey,” he told a breakfast meeting of community leaders Tuesday at Evanston’s Hilton Garden Inn. “We are beginning a process to develop 10 big ideas that will shape the future of Evanston.”

Lytle stressed, however, that the city funding came with no strings attached. In fact, said Lytle, City Manager Wally Bobkiewicz insisted that it not be a city project. Rather, it is an independent community-wide project with partners from all parts of the community.

The initiative will be kicked off Saturday with a rally from noon to 2 p.m. at the Levy Center, 300 Dodge Avenue, where each attendee will receive a Visioning Tool Kit that offers tips for conducting brainstorming sessions by church groups, service clubs, school groups, scout troops, book clubs, campus organizations, neighborhood block groups, and the like. Ideas will come from individuals as well. 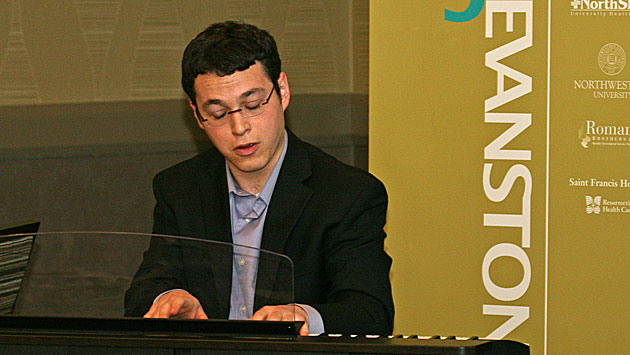 The suggestions can be mailed, dropped off, or submitted electronically. Organizers say that the Evanston150 website is the best place to submit ideas, to stay in touch with the project, and to see what others have submitted. Midnight July 31 is the deadline for ideas to be submitted.

The tool kit will also contain an application for individuals wishing to serve on the Selection Jury that will review the ideas and narrow the list to the top 100 that will then be presented for a community-wide vote at an event in early October.

At that event, the community will select the top 30 ideas, from which the Selection Jury will choose the top 10. On November 10, the top 10 ideas will be presented to the community. Then the hard work begins as committees are formed to start implementing the projects.

Organizers of the Dubuque project say some 57,000 people were engaged in the process which started in 2005, and generated 2,032 ideas.

Eight of the top 10 ideas were realities some four years later, and by now all 10 have either been completed or are nearing completion, including a federally chartered health center with a dental clinic and a revitalized riverfront with interconnected walking trails that extend for about 80 miles.

Evanston150 leaders are hopeful that a similar success record will occur in Evanston by Dec. 29, 2013, when the community celebrates its 150th birthday.