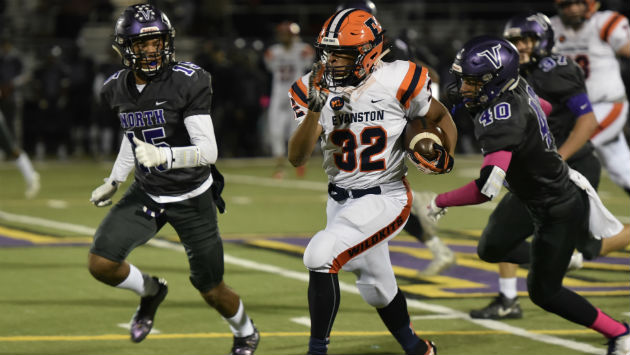 Gov. J.B. Pritzker announced rules today in response to an uptick in COVID-19 cases in Illinois that put the future of fall sports at Evanston Township High School and across the state in peril.

“The toughest choice is the safest choice,” the governor said, while voicing hope that the restrictions can be eased if the pandemic metrics improve.

“Our hearts break when we hear of restrictions when it comes to children and their love of sports,” the Pritzker said. “This is not news that anyone wants to hear. But the virus remains dangerous to kids, parents, grandparents, teachers and coaches. This the best thing we can do for the health and safety of our families.”

Only collegiate and professional sports are exempt from the new rules, which will apply to school-based sports, and to private and recreational leagues.

The state has posted the detailed guidelines online.

They divide sports into three risk levels based on the amount of contact between athletes and their proximity during play and then set four levels of play allowed, ranging from the most restrictive, level one, in which only no-contact practices and trainging is permitted to to the least restrictive, level four, in which tournaments and out-of-state play would be allowed.

Currently football and other high-risk sports would only be allowed no-contact practices and training while low risk sports like archery and badminton would be at level three in which tournaments and out-of-state competitions would be barred.

Here’s a video of the governor’s news conference.