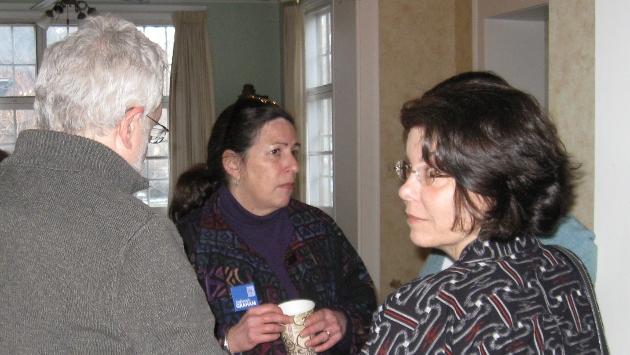 Putting regular and honors students in the same classrooms at Evanston Township High School has failed to improve performance of African-American and Latino students, according to Deborah Graham, who is running for a second term on the District 202 School Board.

Specifically, the data in the agenda packet for the December meeting stated that 28.9 percent of black students received a C and 34.9 percent received a D or F grade.

Comparable percentages for Latino students were 29.1 for a C grade and 25.3 for a D or F.

The administration, however, expressed reluctance at releasing what it termed “soft data” before it had received “hard data,” such as standardized test scores, Advanced Placement numbers, and college acceptance rates.

Making interpretations of the soft data alone, according to the administration’s memorandum, “is ill-advised and irresponsible.”

It quoted Dr. David Figlio of Northwestern University, who has been working with the board and administration to evaluate the success of the mixed-classes experiment, as saying that “evaluating a program’s success on the basis of subjective measures such as course grades or fraction earning honors is dangerous because these factors are in the direct control of individuals who might have a personal stake in seeing a program succeed or fail.”

Figlio added in the memo that the board should “use only rigorous evaluation data to make decisions about the program.”

Graham said Sunday that putting regular students in the same classroom as honors students requires a high level of skill in what educators call “differentiated instruction” on the part of teachers.

“I will oppose the expansion” of mixed-level classes," she said, “until differentiated instruction is fully implemented.”

On other issues, Graham said the school needs to determine how to bring down its truancy rate, which has expanded from 6 percent to 12 percent in the last six years, and that it needs to do more to encourage students who are not college-bound to seek out opportunities for advanced career and technical training after high school.

She also called for better articulation between the elementary and middle schools in District 65 and the high school, particularly in the area of writing proficiency.

Vowing to be committed to “data-driven decision-making,” Graham said  “I am not afraid to ask hard questions of the administration.”

The practice of doing away with honors-only classes at the freshman level has been a controversial one since advocated two years ago by Superintendent Eric Witherspoon as a means of enabling minority students to avoid being frozen out of the opportunity to succeed at the high school, based primarily upon test results in the middle school.

Some parents and board members have expressed fears that high-achieving students are in danger of being placed in classes where the curriculum is watered down in order to meet the needs of regular students.

To receive honors credit that boosts one’s grade point average, a student is required to meet higher performance criteria than needed for regular credit. Advocates of this approach refer to them as “earned-honors” classes.