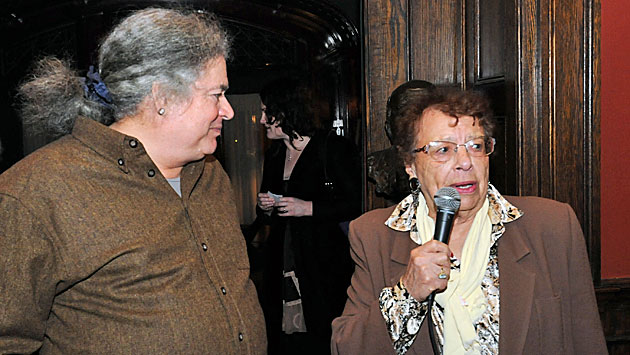 The Grandmother Park Initiative, a non-profit group working to develop a small park for toddlers and their families at 1125 Dewey Ave. in Evanston, has passed the $150,000 mark toward its $234,000 fundraising goal.

At a recent event at the Evanston History Center, the group honored its most generous supporters.

Gay Riseborough, co-founder, president and chair of the group, acknowledged the support Col. James Pritzker, which put the fundraising over the $150,000 mark thus igniting a topical and soil analysis of the park site.

Pritzker said, “I became a grandfather in August of 2010 and quite honestly, I’m hoping this support of Grandmother Park will give my daughter an incentive to travel from the East Coast and visit Evanston more often.”

The plan to create a tot lot or pocket park was conceptualized three years ago by Riseborough and Mary Trujillo who, after a walk through their West Evanston neighborhood, realized there was no play area for their grandchildren.

The Initiative continues to seek donations to raise funds for construction of the park. For more information visit grandmotherpark.org or call 847-475-5159.