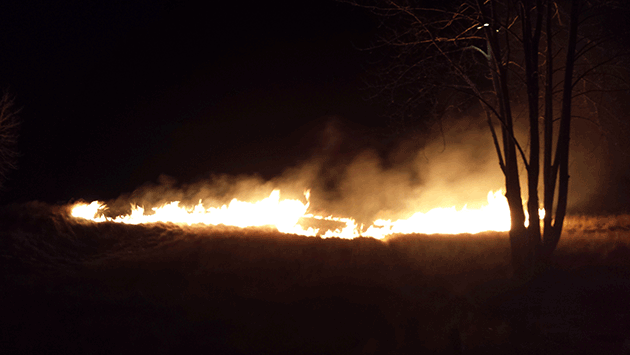 A grass fire broke out around 10 o'clock this evening on the dunes at Evanston's Lighthouse Beach. The fire was upgraded to a general alarm by the first unit to respond to the scene.

Handlines were used to extinguish the fire, which was not a threat to any city facility or private residences. The Fire Prevention Bureau is currently investigating the cause of the fire, but an initial report indicates that someone may have released a sky lantern in the area.

The dunes serve as a habitat for some of Evanston’s wildlife. An estimate to repair damage to the dunes is not currently available. No injuries were reported.

The warm weather of the past few days has created a dramatic change in conditions along the lakefront.

Evanston resident Steve Hagerty, who provided these photos to Evanston Now, says, "It breaks my heart to see the dunes burned. Just three weeks ago coyotes were playing in these dunes." 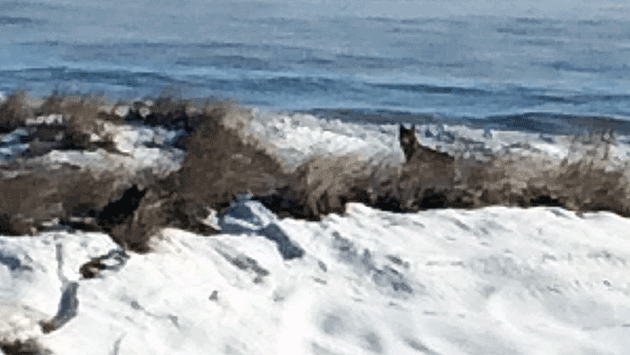