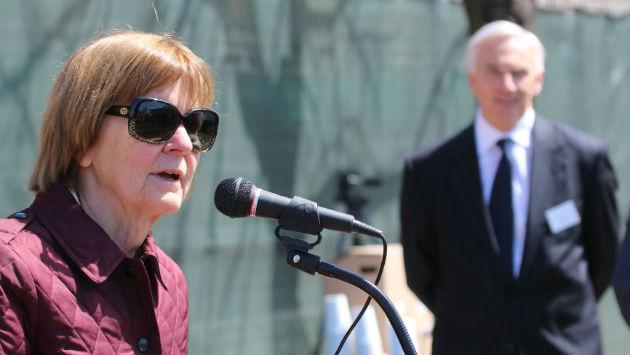 Evanston Mayor Elizabeth Tisdahl told developer John O'Donnell at a groundbreaking ceremony today that she was glad she was able to persuade him to include office space in his new development at 835 Chicago Ave.

The nine-story project will include 12,502 rentable square feet of office space on its second floor — with 112 rental apartments above and retail space and parking on the ground floor, with more parking in the basement and in a surface lot a half block to the north.

The city had originally hoped to have a high-rise completely filled with office space on the site — but after O'Donnell was unable to find major tenants to make that concept financially feasible, the project was reconfigured to have just one floor of offices and the city agreed to provide up to $2.9 million of tax increment financing district funding to make even that smaller office component fly. 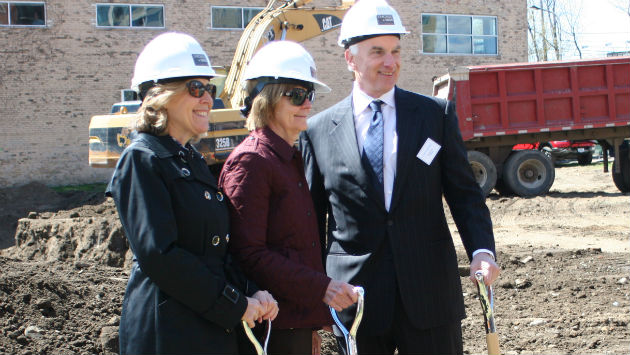 Alderman Melissa Wynne, whose 3rd Ward includes 835 Chicago, with the mayor and O'Donnell.

City officials see adding office space to the Chicago-Main commercial district as key to generating more daytime business for local merchants and say the location, adjacent to two rail stations, is ideal for attracting young professionals who may live in Chicago to commute to jobs in Evanston.

O'Donnell, of Riverside Investment & Development, said he expects construction of the building to be completed in about 16 months and that he's close to having signed leases with three tenants for the retail space. 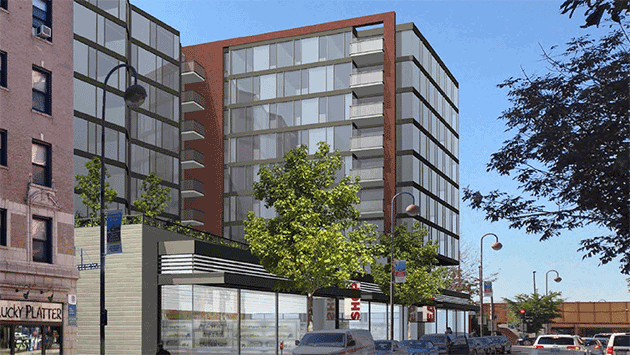 A rendering of the planned building, looking southwest along Main Street.

The development will have a mix of studio and one-, two- and three-bedroom units, with nine-foot ceilings, floor-to-ceiling windows and in-unit washers and dryers.

The building is planned to achieve LEED silver status and was designed by Chicago-based GREC Architects.