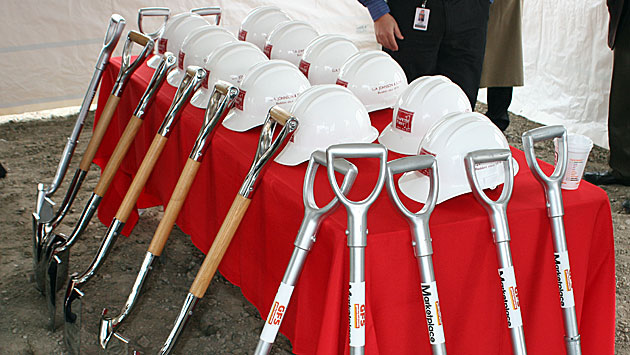 It will be the 14th such store in the Chicago area and the 149th for the Grand Rapids, Mich., based company overall. 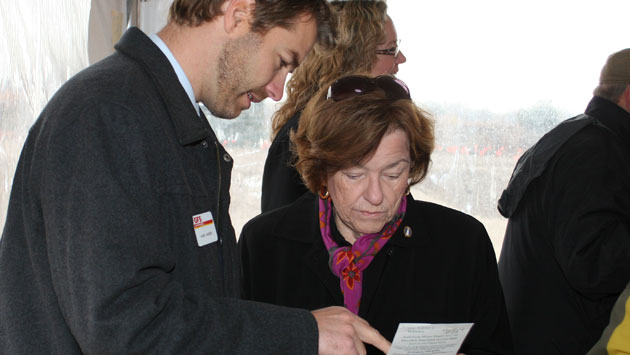 Top: Shovels and hardhats lined up for the ceremony. Above: Hans Hansen or Gordon's confers with Alderman Rainey before the groundbreaking.

Alderman Ann Rainey, whose 8th Ward includes the site at 2424 Oakton St., said she first learned about Gordon Foods from Anjana Hansen, the former 9th Ward alderman, whose husband Hans happens to be a manager for Gordon's commercial division.

Rainey said the city and Gordon's worked cooperatively to resolve environmental issues on the site left by previous owners of the property and to address requirements of the city's green building ordinance. 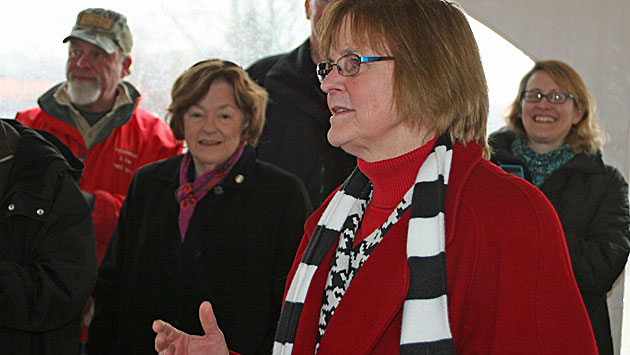 Mayor Elizabeth Tisdahl called Gordon's "a wonderful addition to the community" and said "having a green grocery in a green city would be a terrific combination." 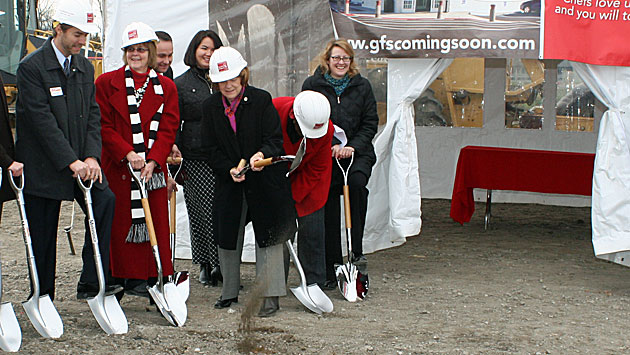 Rainey lets the dirt fly at the ceremony.

The store is scheduled to open next summer. G.A. Johnson & Son of Evanston is the general contractor.