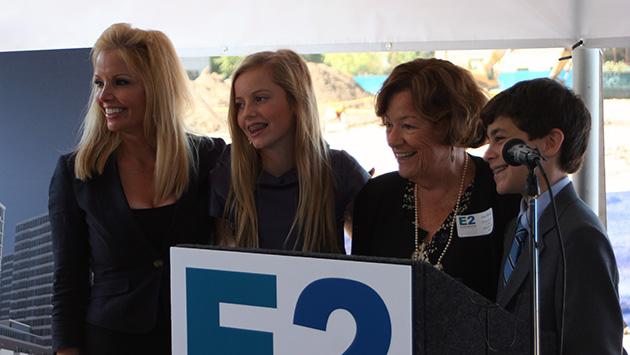 Fifield Cos. and Carroll Properties held groundbreaking ceremonies late this morning for a project they're calling E2 — two apartment towers on Emerson Street with a total of 356 rental units.

Fifield Cos. and Carroll Properties held a groundbreaking ceremony late this morning for a project they're calling E2 — two apartment towers on Emerson Street with a total of 356 rental units.

Alderman Ann Rainey, 8th Ward, said she had supported the project from its start seven years ago as two separate buildings — one planned for condominums, the other a rental project.

After that original concept stalled during the real estate collapse, Rainey said, it was difficult to get some aldermen to accept the idea of getting it moving again — now as two rental buildings with a single shared parking platform at the base — without putting it through a lengthy second review by the Plan Commission.

"But once the city gets on board with the plan, we'll be with you all the way," she told the development team. "Even those who didn't support the project will forget that and cooperate on getting it done." 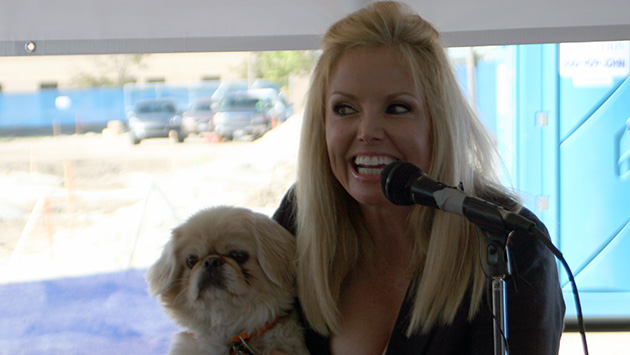 Randy Fifield, vice chair and principal at Fifield Cos., said the new buildings would have even better amenities than most condominium developments — with a pool, gym, theater and even a basketball court.

And she pitched the rental option as a better choice than buying a condo. "With a condo you have a mortgage, an assessment and a tax bill," she said. "At E2, you just have to write one check — for rent." 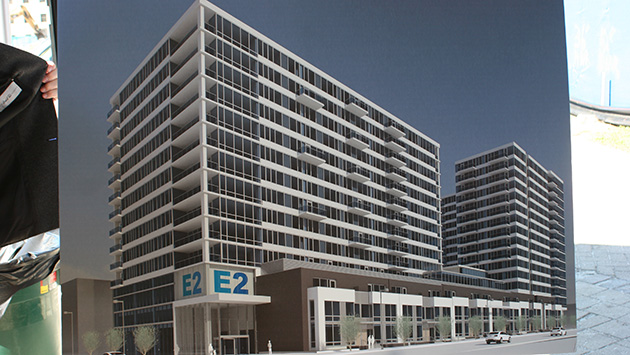 A rendering of the planned development, displayed on an easel at the groundbreaking ceremony.

Her husband, Fifield's Chairman and CEO Steve Fifield, said the 12 street-level three-story town homes included in the project will fill an underserved niche in the market.

He said the sale last month of the recently completed 1717 Ridge Ave. building for a price as high as for a downtown Chicago apartment tower shows the strong demand for top-quality projects in the Evanston market. 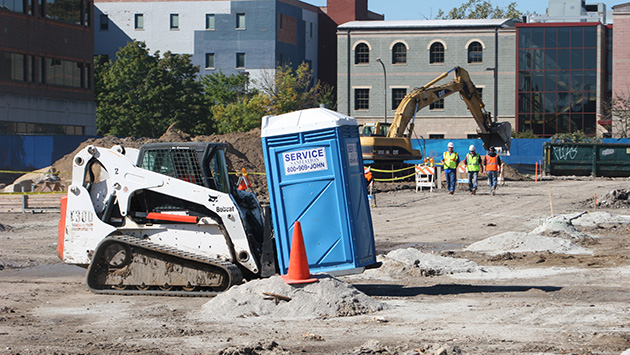 While little activity was visible at the construction site during the groundbreaking ceremony, Fifield said the construction team had already sunk 120 caissons 75-feet into the ground to provide a base for the 16- and 14-story towers. 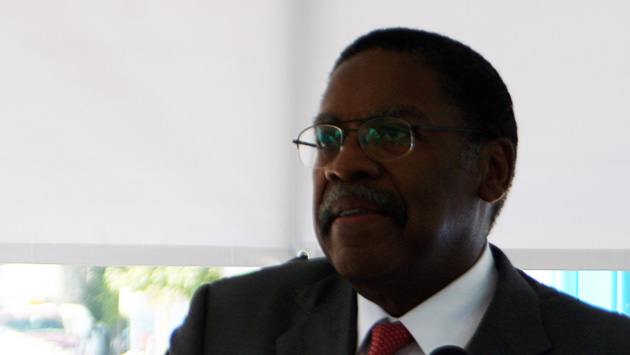 Developer Bob King said the project would have "a transformative impact" on the immediate area on the north edge of downtown and said the $100 million development would be the best project ever built in Evanston.

The new apartments are scheduled to be available for occupancy in the second quarter of 2015.