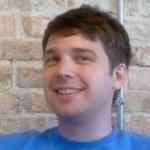 Even though Groupon founder Andrew Mason is preparing a move to San Francisco this summer, he says he’s not planning to sell his lakefront home in northeast Evanston and expects “to visit often.”

One of America’s richest men, Mason was fired by the Groupon board nearly three months ago, he noted in a Twitter posting Thursday, which gives him “the opportunity to start something new.”

He said he expects to spend a day each week at Y Combinator, a venture capital firm that funds startup companies, “to keep my brain from atrophying.”

But he noted that “Chicago is developing quickly as a technology hub, and I hope to continue to find ways to support the amazing community of entrepreneurs here.”

He got the idea from talking with some of the 12,000 employees of Groupon, most of whom were under the age of 25, who told him that they seldom read business books.

"I came to realize,” he said, “that there was a real need to present business wisdom in a format that is more accessible to the younger generation.”

His new album, “Hardly Workin’,” is designed to help young people understand ideas that Mason has found to be helpful in becoming a productive and effective employee.

“I’m really happy with the results,” he said in his Twitter posting, “and look forward to sharing them as soon as I figure out how to load music onto iTunes, hopefully in the next few weeks.”

No stranger to Evanston, Mason is a 2003 graduate of the Bienen School of Music at Northwestern University.