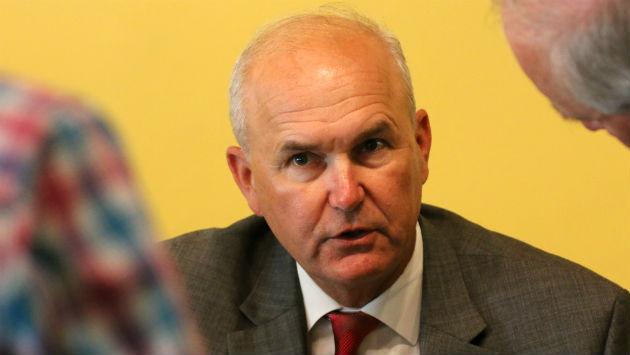 Democratic gubernatorial candidate Bob Daiber stopped by Curt’s Cafe South in Evanston this morning where he spoke about his campaign to about a dozen local residents.

Daiber, who’s from Madison County in Southern Illinois, is running a low-budget campaign for the state’s highest office.

He told residents at the meeting organized by activist Debbie Hillman that he’s focusing his campaign on solving the state’s budget deficit and providing sufficient funding for schools to provide appropriate workforce training for young people.

Daiber is the regional superintendent of schools for Madison County and a former shop teacher. He says he would like to cut fat in the state budget by eliminating the new position of secretary of education created by Gov. Rauner.

Unlike Evanston’s home-town gubernatorial candidate, Daniel Biss, Daiber has shied away from criticizing House Speaker Mike Madigan, saying “He’s going to be there whether you like it or not.”

The best-financed candidates in the Democratic race are Chris Kennedy and J.B. Pritzker. In addition to Biss and Daiber, Chicago Alderman Ameya Pawar, State. Rep. Scott Drury of Highwood and Tio Hardiman, the executive director of CeaseFire Violence Interrupters, are also seeking the governorship.