A week before Evanston Township High School students return to classes for the fall, a handful of community residents gathered at the First Church of God this morning to call for renewed efforts to stop the gun violence that claimed a student’s life over the summer. 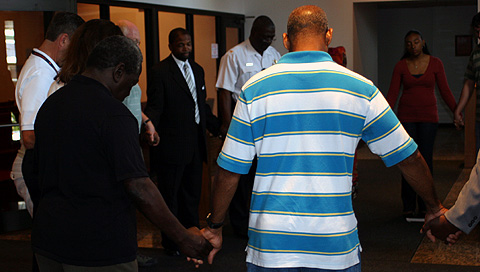 ETHS Security Chief Frank Kaminski said he hopes the school and community can do more to help defuse conflicts among students. 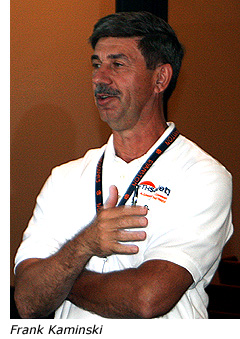 "We need to have a system in place," the former Evanston police chief said, to teach kids how to understand each other better and to resolve disputes that arise without resorting to violence.

"We can’t give up," the Rev. Dr. Michael Curry, pastor of the church on Simpson Street said, "If we do, then what we’re fighting against wins."

Thom Mannard, executive director of the Illinois Council Against Handgun Violence, said local residents have to take action and can’t wait for Springfield or Washington to step in.

"Eighty people lose their lives to gun violence in the U.S. in a typical day," Mr. Mannard added.

On June 28 one of the day’s shooting victims was 17-year-old Darryl Shannon Pickett, an ETHS football player who was shot to death in an alley near the school. Another student, 17-year-old Theo David Wright, is awaiting trial on homicide charges in the case. 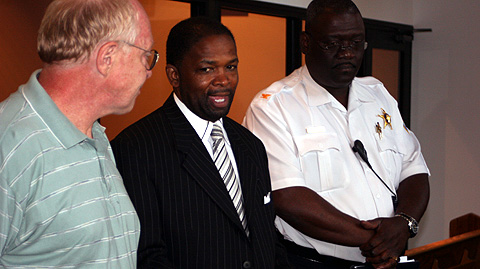 Steve Young, whose 19-year-old son Andrew, an ETHS graduate, was killed in 1996, decried the senselessness of the violence that left his son dead, and the killer, Mario Ramos, who had graduated from the school the day before murder, to spend the rest of his life in prison.

The handgun violence group is urging parents to remove guns from their homes and teens to pledge to resolve their disputes without guns and report any guns the see at school to a teacher or police.