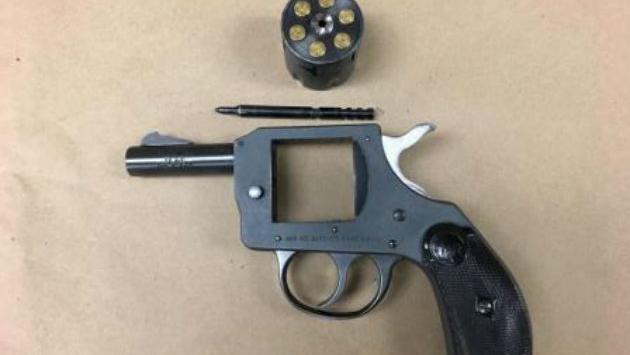 Evanston police confiscated two handguns and several grams of cannabis as they arrested two suspects in the 2100 block of Dewey Avenue yesterday afternoon.

Officers were dispatched at about 4:22 p.m. to check on a report that two persons were in a vehicle smoking cannabis, according to Cmdr. Joseph Dugan.

As they approached the vehicle, Dugan said, the two subjects tried to walk away, but were detained by the officers.

In addition to the handgun, a loaded H&R .22 caliber revolver, the officers also found a loaded Taurus .45 caliber semi-automatic handgun, along with two extra magazines, under the driver’s seat, and a clear plastic baggie that contained 3.3 grams of cannabis, Dugan said.

Both men were taken to police headquarters and charged with unlawful use of a weapon and other offenses.