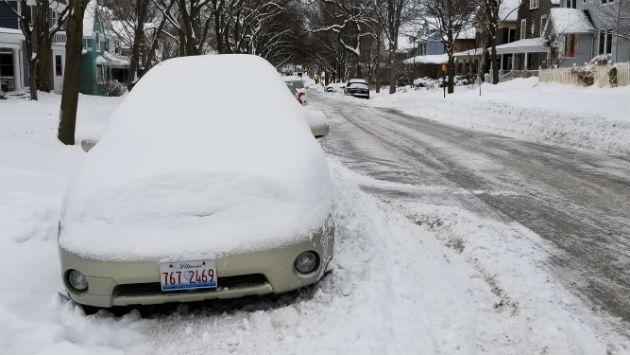 The National Weather Service says Evanston could get more than six inches of snow from a storm that’s expected to hit Tuesday and Wednesday.

The snow is expected to start falling late Tuesday morning and continue through late Wednesday afternoon.

The storm is also expected to cause lake shore flooding with northeast winds gusting as high as 40 miles per hour creating waves of 8 to 12 feet.

Update 9:20 a.m.: Edgar Cano, head of the public services bureau of Evanston’s Public Works Agency, says the storm is likely to start with periods of rain today and into tonight.

He says city crews are now getting ready for the storm and have been scheduled to keep the plows rolling until it’s over.