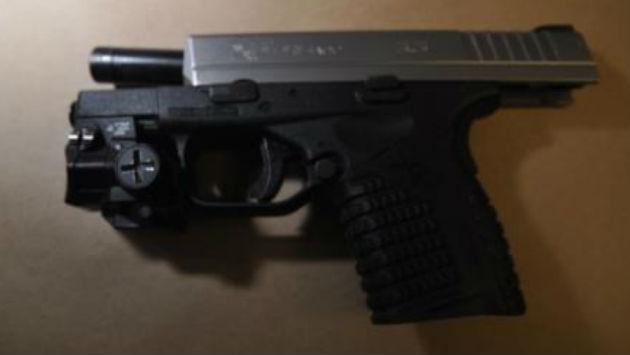 Evanston police, responding to a “man-with-a-gun” call Monday evening in the 1700 block of Hovland Court, just north of the Evanston Township High School campus, said they apprehended a 33-year-old parolee with a loaded Springfield Arms .45 caliber handgun in his backpack.

The man attempted to flee, police said, dropping a black backpack containing the weapon, along with additional ammunition.

Officers took him into custody in the 1800 block of Lemar Avenue, four blocks to the west of Hovland Avenue

Arrested and charged with unlawful use of a weapon by a felon, among other charges, was Devane Retreage, 33, of the 700 block of Wesley Avenue.