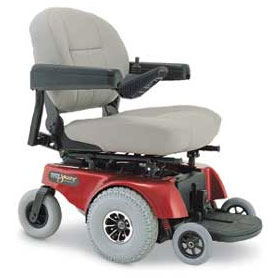 Evanston aldermen Monday decided to postpone action on a plan to spend $170,000 on a second handicap entrance for the Civic Center.

The vote came after several aldermen raised questions about whether the proposed new entrance, on the Ridge Avenue side of the building, would see much use.

Alderman Coleen Burrus, 9th Ward, said there's no parking on the Ridge Avenue side of the building, "so it seems people with handicaps would be more likely to use the west entrance."

And Alderman Ann Rainey, 8th Ward, said the money would be better spent improving the existing handicap entrance on the west side of the building, which she said now looks "disgusting."

She said that entrance also needs a better access drive.

"There's a big incline into the building, that makes it not easy to get in for somebody in a wheelchair," Rainey added.

City Manager Wally Bobkiewicz the federal Americans with Disabilities Act doesnt necessarily require the city to have more than one accessible entrance, but that staff believed having a second one would be very desirable.

Architect Stephanie Levine of the city's facilities staff, said the entrance proposed for the new handicap ramp, at the south end of the Ridge Avenue side of the building, would provide direct access to the building's two elevators.

She said adapting the main entrance on the Ridge Avenue facade for handicap use would be more difficult, because it has two sets of steps, one outside, and one inside the building.

Alderman Don Wilson, 4th Ward, said he would like to see a broader roadmap for what the right accessibility actions are for the city's buildings.

And Alderman Jane Grover, 7th Ward, said she'd like to have more information as well.

There was no discussion of modifying a second ground-level entrance to the west side of the building for handicap access. It now has a ramp, but doors that the handicapped would have a hard time opening.