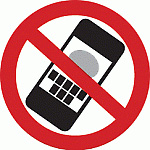 Starting next year drivers statewide will have to comply with limits on cell phone use that have been in effect in Evanston since 2010.

Gov. Pat Quinn Friday signed a bill that will prohibit all use of hand-held mobile phones while driving. Another measure he approved increases penalties where any use of an electronic device while driving is the cause of an accident.

House Bill 1247, sponsored by Rep. John D’Amico (D-Chicago) and Sen. John Mulroe (D-Chicago), makes exceptions for hands-free devices, including those with headsets that can initiate a call using a single button or a voice command.

Alderman Jane Grover, 7th Ward, who sponsored the Evanston ordinance, and the Evanston Police Department provided data about Evanston's experience with the ban that was used in floor debate on the legislation.

The city's data, issued last spring, showed a reduction in accidents and injuries on local roads after the ban on hand-held cell phone use went into effect.

Evanston was the third muncipality in the state to adopt such regulations, and a sizable number of others now have such local bans, including Chicago, Winnetka, Highland Park, Lake Forest, Deerfield, Waukegan and Glencoe.

But the inconsistency of regulations across the state led some drivers to complain that they didn't know what rules applied as the traveled from one town to another.

Last year Grover sought to expand the cell phone ban to also bar the use of hands-free devices, but that measure — which would have conflicted with the new state rules — didn't make it into the city code.