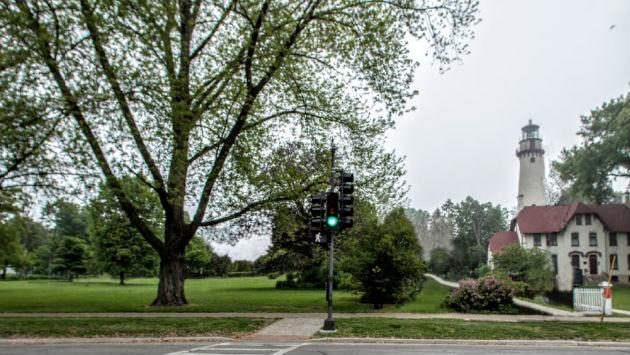 With Evanston aldermen slated to take another look Monday at what to do with the lakefront Harley Clarke mansion, a new group has emerged to suggest the best solution is to tear it down.

Nicole Kustok of Evanston Lighthouse Dunes, says the only proposal the city has received to restore the building, from the Evanston Lakehouse & Gardens group, appears to be financially unrealistic.

Kustok, a 7th Ward resident, says it would be far less expensive and carry much less risk for the city to demolish the mansion and restore the dunes and garden that surround it. 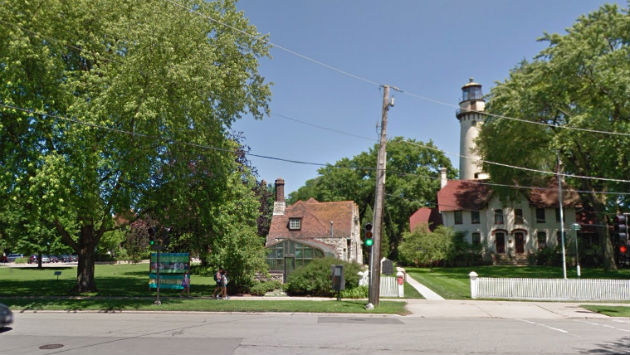 What the same scene looked like in a 2011 image from Google Maps.

She uses as an example of a dunes-restoration project the Elmwood Dunes Preserve in Wilmette, an 80-foot wide strip of village-owned lakefront land at the foot of Elmwood Avenue that was turned into a nature preserve two years ago largely through volunteer efforts.

But Tom Hodgman, president of the Lakehouse group, says he’s confident his group’s response to the city’s request for proposals for reusing the mansion will get a favorable reception from aldermen Monday.

The group so far has just over $100,000 in pledges to fund what’s estimated to be a $5 million restoration of the mansion, but he says once the group has a commitment from the city to move forward, he’s confident the needed funds can be raised.

The group is asking for a 40-year lease of the mansion from the city, but Hodgman says he anticipates any final agreement will include fundraising benchmarks the group will have to achieve.

The Lakehouse plan calls for holding programs on the property that would focus on experiential environmental education and history.

The Lakehouse group’s plan relies largely on revenue from hosting private events to fund its operation, and Kustok calls that a “soft privatization” of the city-owned property.

She argues that fundraising for the mansion could divert charitable donations from other, higher-priority projects in the community, and that the planned programs could compete with ones already run at the city’s Ecology Center.

She also suggests that costs for the restoration would could easily exceed current estimates, based on the costs for similar projects around the country.

But she concedes that the idea of tearing down the local landmark is likely to be anathama to preservationists in town.

The city has been trying do decide what to do with the mansion for several years, after deciding it lacked the funds to restore the building itself.