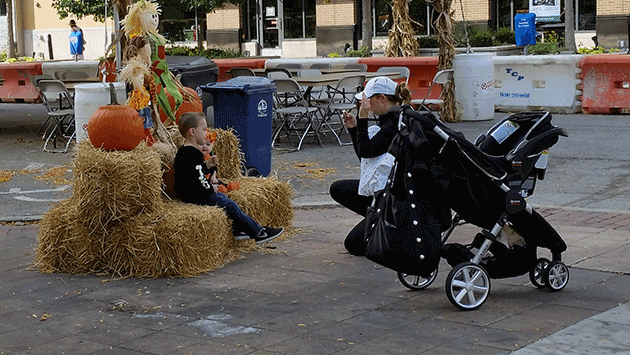 Pretty desolate, but not particularly spooky along Sherman Avenue at Fountain Square late this morning, where city officials were in the last day of a three day event that combined pre-Halloween ambiance with a community engagement effort. 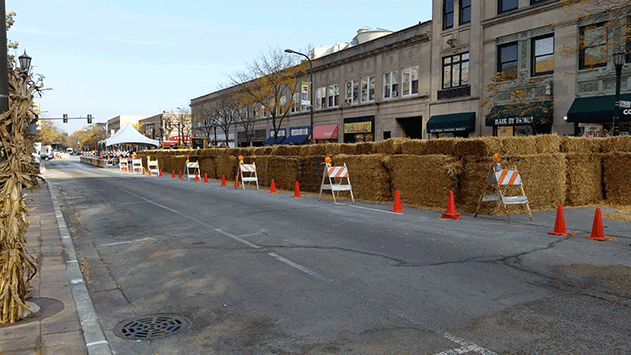 City crews blocked off most of the street to build a hay bale maze they hoped would entertain kids while collecting ideas, mostly from their parents, about how to rebuild Fountain Square to make it a more engaging downtown gathering spot.

With light midmorning traffic, the obstruction didn't seem to be causing any traffic snarls, but it wasn't drawing a crowd of visitors either — with the only engagement in sight being a mom using some hay bales at the corner as an impromptu setting to take seasonal photos of her kids. 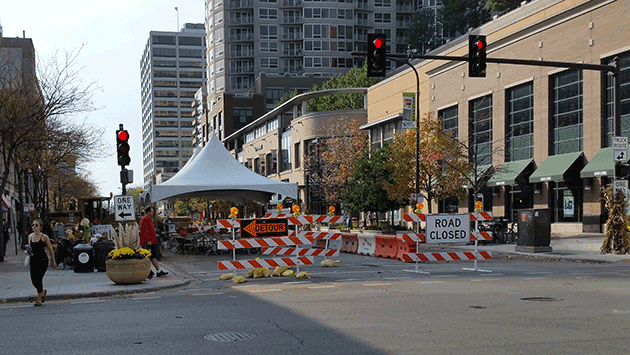 The event wraps up  with theater and musical performances this afternoon and an Octoberfest celebration at World of Beer from 5:30 p.m. to 7:30 p.m.

If you've got ideas for what to do about Fountain Square, you could add your comments here, or fill out a form on the city website.