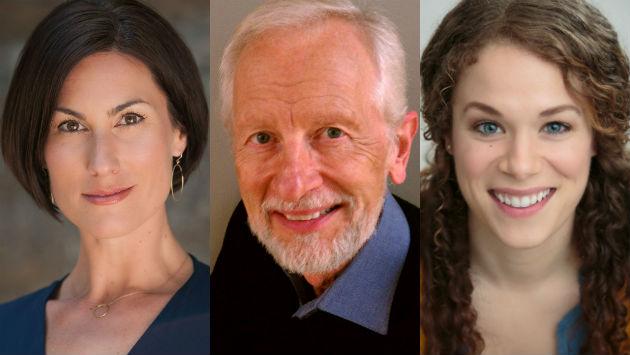 For more than three decades, Music Theater Works’ December production has been a North Shore tradition, bringing families together to enjoy a favorite musical over the holidays.

Children, parents and grandparents alike have delighted in these annual presentations of beloved operettas and Broadway classics, and many young people remember them as a formative experience in kindling a life-long love of the theater.

This wise and witty musical fairy tale is probably the most popular title by Sondheim, who is widely considered Broadway’s greatest living composer. “Into the Woods” has gained a wide and passionate following since its Broadway premiere in 1986, and won even more fans with the release of Disney’s 2014 film version, starring Meryl Streep.

It is a piece that may seem a little meatier than most theatrical fare served up for families at the holidays.  “Oh, it does get a bit dark,” says Music Theater Works general manager Bridget McDonough, “but that’s exactly what makes it so fascinating to young audiences. The woods can be a dangerous place, and there isn’t a happy ending for all the characters—that’s why we’re recommending the show for kids eight and up, and especially for teens.”

An ingenious mash-up of well-known fairy tales including those of Cinderella, Little Red Riding Hood and Jack and the Beanstalk, “Into the Woods” weaves characters old and new into an irresistible original adventure.  The score contain many of Sondheim’s most beloved melodies, including “Children Will Listen” and “No One is Alone.”

The cast is led by Chicago theater stalwart James Harms as the Narrator; Harms has graced the stages of Chicago Shakespeare and the Goodman, and has made many memorable appearances at Music Theater Works, most recently as the irrepressible Major General Stanley in “The Pirates of Penzance.”

“Into the Woods” will run Saturday, Dec. 22, through Monday, Dec. 31, at Evanston’s Cahn Auditorium, 600 Emerson St.  The audience can meet and talk with cast members after the matinee performances on Dec. 26 and 29.

As always at Music Theater Works, admission for those 25 and younger is half price.  For tickets, call (847) 920-5360 or visit MusicTheaterWorks.org.