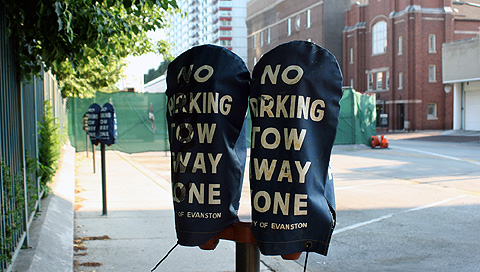 Construction started to replace the old CTA viaduct on Church Street this week. That’s meant the elimination of much of the on-street parking along Benson Avenue from Church to Clark Street.

Construction started to replace the old CTA viaduct on Church Street this week. That’s meant the elimination of much of the on-street parking along Benson Avenue from Church to Clark Street.

And that led to a protest letter from Amy Whalen, manager of the Evanston Athletic Club on Benson Street, asking the city for free parking for her members in either the Maple Avenue or Sherman Plaza garages until the viaduct work is done. 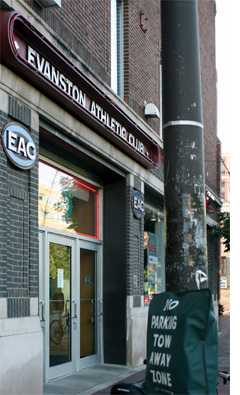 Alderman Edmund Moran, 6th Ward, says he works out at the EAC. At the city’s Parking Committee meeting Wednesday he said the club has lost some customers to other health clubs in the past over the shortage of parking right at the door.

“I’m not ready to pull the trigger on giving them parking,” Ald. Moran said, “but we are impacting their business.” He added that several other businesses nearby, from Quartet Copies to the LePeep restaurant, also will be affected.

Alderman Steve Bernstein, 4th Ward, said, “We owe them something. With the new competing athletic club facility opening in Sherman Plaza, we should do something for them.”

But Alderman Melissa Wynne, 3rd Ward, said, “We just finished rebuilding the Main Street viaduct, and other than free parking on Saturdays, we didn’t do anything for the merchants there.”

Several committee members suggested a little extra walking would be good exercise for the club members.

Ald. Wynne suggested offering the members free calorie counters to show how much walking an extra block or two from the garage lets them subtract from their workout time.

Some EAC members were observed this morning solving their personal parking problem by riding their bikes to the club.

Committee members asked city staff to explore possible solutions to the parking shortage for the merchants on Benson Avenue.

The Parking Committee also received a financial report that indicates offering free parking for the first month of the Sherman Plaza garage’s operation cut combined revenue from the other two downtown garages by about 15 percent per day.

Total parking revenue seems to be increasing since the city started charging for parking at Sherman Plaza on July 6, but Public Works Director David Jennings cautioned that because of variations in the receipt of monthly parking fees and other factors, it’s too soon to assess the revenue trend with certainty.

The committee also discussed the possibility of creating a discount rate for monthly parkers on the upper floors of the Sherman Plaza garage as a way to encourage employees at downtown businesses to switch to the garage rather than feeding on-street meters all day.

And it discussed banning parking on the lowest levels of the new garage before 10 a.m. to keep those easily-reached spaces available for shoppers.

The committee expects to take action on both those proposals later this year.