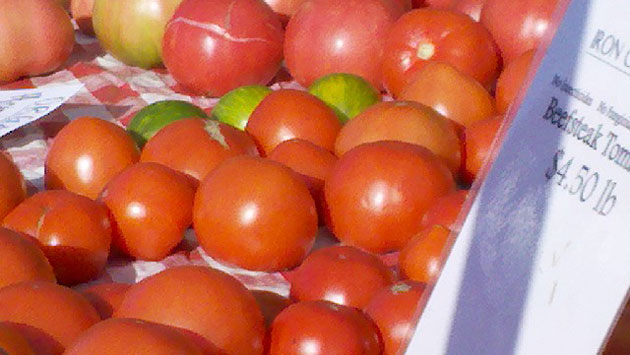 Some aldermen complained Monday that health inspection fees for vendors at local farmers markets are threatening participation in the markets.

But City Manager Wally Bobkiewicz said the fees only cover the actual cost of conducting the inspections.

Bobkiewicz said that if the council wished to waive or reduce the fees, it might choose to shift money from the city's Economic Development Fund or some other source to cover the cost.

For the downtown farmer's market, Gaynor said, that means the inspectors show up 27 times and the fee to a vendor for the entire year is $225, or just over $8 a day.

But Alderman Coleen Burrus, 9th Ward, said the fees are more than what vendors at the Wednesday farmers market run by the Ridgeville Park District can afford.

Alderman Delores Holmes, 5th Ward, said the fees only apply to vendors who are preparing food at the market, and that farmers selling produce wouldn't have to pay the fee.

But Burrus said that vendors who have prepared their food in a licensed kitchen are still being inspected at the market to check how the food is being displayed.

Bobkiewicz said he believes the health inspections are important, and cited an incident earlier this year where food served at an event at a local school led to illnesses for dozens of people.

The aldermen voted to introduce a proposed revision to the farmers market ordinance, but agreed to take another look at the fee issue before voting on final approval of the ordinance in two weeks.

Above: Tomatoes at the downtown farmers market, which had its first session of the year last Saturday.