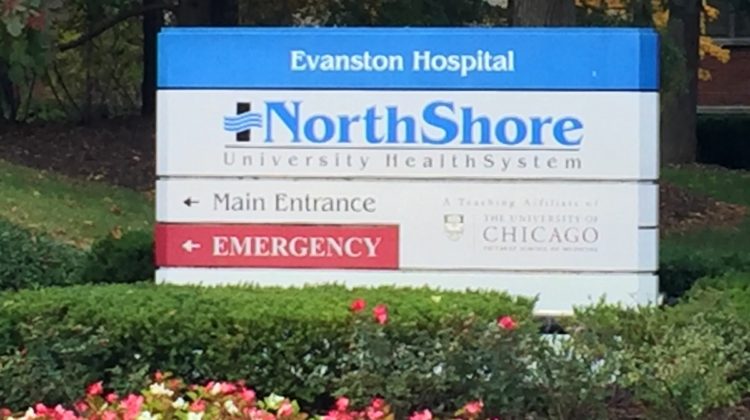 The federal suit was brought by 14 “Jane Doe” plaintiffs, all of whom are NorthShore nurses or support personnel, and who claim they have been “unlawfully discriminated against and denied religious exemptions from … [NorthShore’s] COVID shot mandate.”

The six-hospital system is requiring its’ 17,000 employees to be vaccinated by Oct. 31.

The suit, which seeks class action status, was filed by a conservative Christian organization called Liberty Counsel, based in Northern Virginia.

The lawsuit states that “Unless the Court intervenes promptly, NorthShore will unlawfully throw plaintiffs out into the cold as of November 1, 2021.”

The group says “sincere religious objections” to the vaccines were denied by the hospital chain, and says those objections are based on beliefs “against abortion and the connection of all available COVID injections to aborted fetal cell lines.”

However, a fact-checking article by the Associated Press (Oct. 7, 2021) says that the COVID vaccines do not contain fetal cells nor were they produced with such materials.

Referring specifically to a question about the Pfizer vaccine, the article says the company did use a fetal cell line which originated in the 1970s “when testing the efficacy of its vaccine,” but in testing only. Cell lines,” the article states, “which are key to medical research, are cloned copies of cells from the same source that have been adapted to grow continuously in labs.”

The U.S. Conference of Catholic Bishops also says that neither Pfizer nor Moderna used fetal cells in production of COVID vaccines, only in testing.

“Some are asserting that if a vaccine is connected in any way with tainted cell lines then it is immoral to be vaccinated with them. This,” the Bishops say, “is an inaccurate portrayal of Catholic moral teaching.” The Bishops conclude it is permissible to accept vaccines when there are “no alternatives and there is a serious risk to health.”

The 14 plaintiffs say they are willing to wear masks and be subjected to what they term “reasonable testing regulations” for COVID.

NorthShore is not commenting on the specifics of the lawsuit. However, the hospital chain notes that the vast majority of employees have been vaccinated, and only a “small fraction” requested exemptions.

Hospital spokesperson Jim Anthony adds that the requests were reviewed consistently and fairly, but the vaccination mandate is still in place.

“We also understand that getting vaccinated may be a difficult decision for some of our team members,” Anthony continues. He says NorthShore values those employees’ committed service, and respects their beliefs.

“However,” he says, “COVID-19 has presented unique challenges that continue to threaten our communities and therefore we must prioritize the safety of our patients and team members in support of our broader mission.”

NorthShore also urges vaccine hesitant workers to “at least reconsider for the benefit of everyone’s health and safety; and because they’re part of an extraordinary and talented team.”

Liberty Counsel says the hearing for its request for a temporary restraining order against NorthShore is set for 10:30 a.m. in U.S. District Court in Chicago.