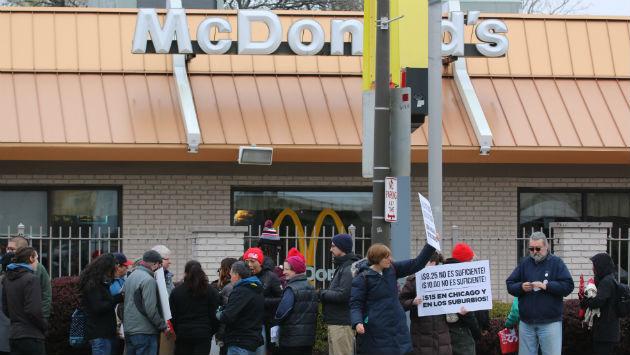 Evanston aldermen can expect to hear a lot of public comment when they take up a proposal Friday morning to opt out of a county-wide increase in the minimum wage to $10 that’s scheduled to take effect on Saturday.

As of a week ago most suburban communities had opted out of the wage hike adopted by the Cook County board, according to a tally maintained by the Daily Herald. But most towns along the North Shore hadn’t yet taken that step.

Then on Tuesday Wilmette voted to opt out and Evanston officials learned that Skokie is considering a similar move. Other nearby communities that compete with Evanston for retail and restaurant traffic — including Lincolnwood, Glenview, Niles and Northbrook had previously opted out.

After Mayor Steve Hagerty Wednesday evening called an emergency City Council meeting for 10 a.m. Friday to consider at least a temporary ban on the wage hike, groups on both sides of the issue swung into action.

The Democratic Party of Evanston urged members to call aldermen to protest the move and set up an emergency phone bank at its headquarters this evening to get the message out.

Biss, who’s seeking the Democratic nomination for governor, called the idea of blocking the wage hike “an insult to Evanston’s working families and an affront to our community.”

Chicago’s minimum wage is scheduled to rise to $11 an hour Saturday.

But business owners who fear having to compete companies in nearby suburbs that only have to pay the statewide minimum of $8.25 are also likely to turn out for the meeting, after the Evanston Chamber of Commerce sent out an alert to its members about Friday’s emergency council session.

The measure to be discussed Friday has been described as just a temporary measure, to give time for the council to have a fuller debate on the issue at its next regular meeting on Monday, July 10.