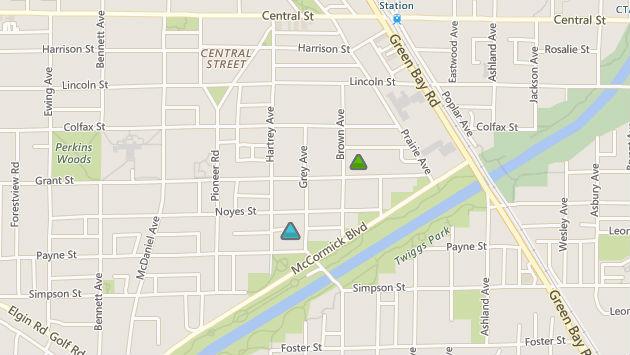 A thunderstorm that dumped nearly an inch of rain on Evanston early this morning has left about 76 ComEd customers on the city's north side without power.

City officials say the outage affects customers in the 1900 through 2200 blocks of Noyes Street, the 2100 and 2200 blocks of Payne Street and the 2100 bloxk of Grey and Hartrey avenues.

It's also knocked out power to the traffic signal at the intersection of McCormick Boulevard and Bridge Street.

ComEd says it believes crews will be able to restore power to the affected customers by early this afternoon.

In addition, in south Evanston, a tree fell on a parked car at 114 Callan Ave.

Public Works Director Dave Stoneback says there've been no reports of flooding in the city from the storm.