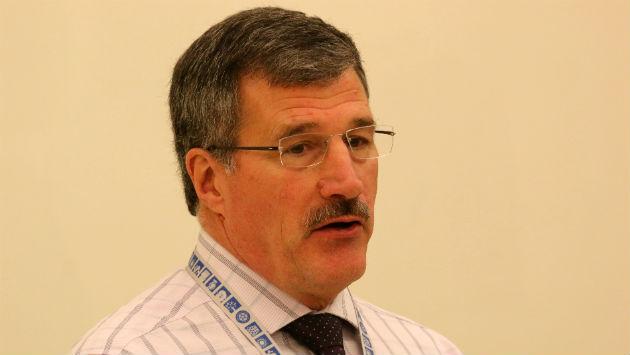 Stoneback, speaking at a meeting to address water quality issues around James Park Wednesday night at the Levy Center, said the proposed program would apply to areas where the city is scheduled to replace water mains and the city side of the service line to homes.

Ninety percent of Evanston’s homes now have lead service lines, Stoneback said, adding that thanks to chemicals the city adds to its water that tend coat the pipes and keep lead from getting into the drinking water, the risk of lead poisoning is minimal.

When the city replaces water mains, it replaces the city side of supply lines to individual homes with copper pipe. But homeowners who want to further eliminate any risk of lead poisoning by replacing the private side of the supply line have to pay for that themselves — a job that can cost several thousand dollars.

Under the proposed loan program, repayments would be added to the water bill of residents who chose to have their service lines replaced at a rate of $100 a month until the loan was paid off.

Stoneback told the about 30 residents at the meeting that the latest round of tests for coal tar related compounds in water near James Park continues to turn up minute quantities of the chemicals in some test samples.

The latest tests checked 63 locations and 18 had at least one of the two compounds — phenanthrene and fluoranthene.

The previous round of testing looked at 15 locations and found the chemicals at four locations.

Stoneback said the highest level of the two chemicals found in the water samples was more than 1,000 times lower than the recommended limits set for them in drinking water by the Illinois Environmental Protection Agency. 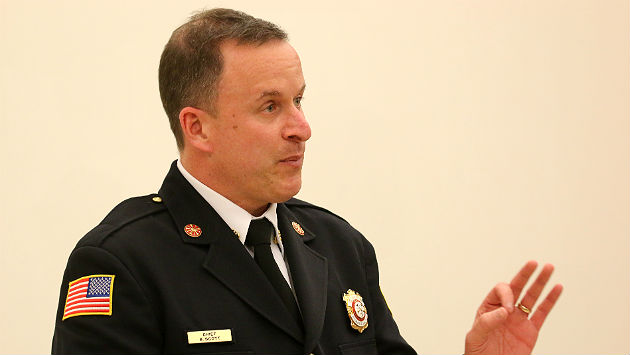 Regarding concerns about quantities of methane gas found under James Park, Fire Chief Brian Scott said that methane is lighter than air, so that if it escapes into the open air it doesn’t crate a public safety hazard.

He added that permanent monitors installed in the Levy Center and at Dawes School have never detected a level of the gas sufficient to trigger the alarms.

Deputy City Attorney Michelle Masoncup said the city’s suit against ComEd and Nicor, the utilty companies it claims are responsible for the coal tar biproducts and the methane gas, is proceeding.

A recent court ruling rejecting the companies’ effort to have the suit dismissed, means it will soon enter the discovery phase in which the city hopes to successfully compel the companies to reveal the location of old gas lines that may have distributed the pollutants from the former manufactured gas plant in Skokie to the area around James Park.

Masoncup says the city hopes to recover its costs and punitive damages from the companies, which could pay for continuing water main replacement projects in the affected area.