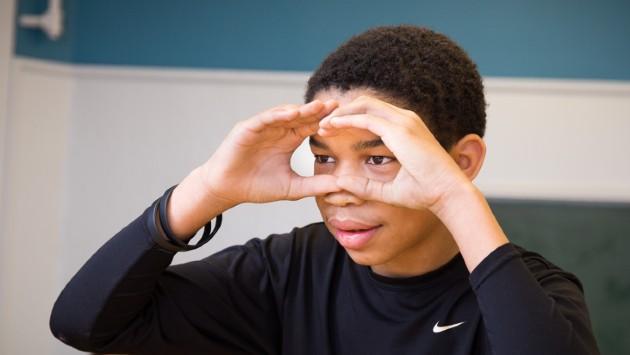 Resilience. It was just coincidence, but back when Evanston’s renowned Piven Theatre Workshop chose its theme for the 2019-2020 season, it could not have picked a timelier concept. Resilience: the ability to recover from difficulty, or to adapt to tragedy or trauma.

Nobody at Piven could have predicted COVID-19, nor the killing of George Floyd, but students and teachers at the half-century-old acting school agree that resilience is what this country needs right now. 13-year-old Saryu Ravuri, who has taken classes at Piven the past four years, says resilience means “how do we respond as individuals and communities when adversity puts us to the test.”

Adversity #1 for Piven was the coronavirus. Piven is an after-school, evening, and weekend program for about 1,000 children and adults per year. Along with other schools in Illinois, all of Piven’s classes had to move on line. Instead of standing next to other actors and learning in person from a teacher, each student was at his or her home, looking onto a computer screen.

“It was pretty challenging,” Saryu says. “We found out the hard way that Zoom does not allow more than one person to talk at once.”  But they coped.

The children came up with their own production, “art of the moment,” Greene calls it, with sketches, scenes, monologues, and music. All recorded and put into a video, with stories of identity, mercy, and love. “That was a great gift,” says Greene.

Tyler Mannelly, who just graduated from eighth grade, is another Piven student who helped create the virtual show. Tyler says when the pandemic forced cancellation of their musical, “it shocked all of us. We didn’t know what to expect.”

But the virtual show was a new kind of learning. And then, seeing all of the protests following George Floyd’s death, Tyler says, gave her yet another view of resilience. “It makes me think, especially with Black Lives Matter. It brings a new perspective to the word.”

Piven will have acting programs this summer, but those too will be online. Instead of 150 or so children per week, there will probably be fewer for virtual camp. Greene says “we don’t know how many kids will want to be in the house in the summer” on a computer, instead of playing outside. “We just don’t know how things will go,” she adds. “It’s a whole new model.”

But so far, Piven, its staff, and its students have been, well, resilient.  Saryu Ravuri says the world around her has changed her perspective on resilience.  She’s been inspired by how people have fought against COVID-19, and even more inspired by the campaign for racial justice. She went to a protest.  “I want to do something,” she adds.

Tyler Mannelly learned about Piven’s resilience theme as well, both from how the school moved to e-learning, and from how the country is trying to cope with coronavirus and with race relations troubles. Resilience, she says, “is rising stronger from a situation.”

Tyler says she’s learned from the pandemic and from Black Lives Matter that “we all have to be resilient, and all have to come out stronger to make things better in the end.”

Artistic Director Jen Greene is glad the Piven program is not only making her students better actors, but better citizens. “Hopefully arts can offer a community transformation,” she says.

And then Greene adds “maybe transformation can be next year’s theme” at Piven.